THE BBC has asked the Olympic volunteer who heckled David Cameron during a pre-games speech to contact them about potential work.

The unnamed sports-serf impressed Newsnight producers by displaying near-superhuman levels of confidence and aggression for someone wearing a daft-looking polo shirt with a lanyard.

BBC testosterone scout Roy Hobbs said: He reminded us of a young Paxman in his pomp and wed like to get him started on junior-ministers-thrown-to the-jackals-by-their-chickenshit-bosses as soon as possible.

We predict that as the government tries increasingly ludicrous measures to stop the country turning into 600 miles of fucked theyre going to feed us a steady diet of scrubbed, terrified-looking nonentities and Jeremy cant be expected to shout at them all.

The newcomer will be trained in Newsnight interview techniques by undergoing a strict diet of raw meat and whisky and watching eight hours of Louise Mensch footage a day to hone his ability to sneer incredulously at nonsense.

He will then be taught essential television studio techniques needed to demean the pointless wordfarts that have just been wafted in his direction by a £90,000-a-year suit full of bollocks, such as staring contemptuously at a clipboard or abruptly asking if he looks like a whale’s penis.

Hobbs added: A London 2012 spokesman said this outburst came at a rather inappropriate time and place.

“I do think there are occasions when its wrong to vent political spleen, for example while hiding in a cupboard from a knife-wielding lunatic, or when having an orgasm. But try as I might, I cant think of a better time to get one’s viewpoint across than when the Prime Minister is stood right in front of you.

Ian Beale to return as a Yardie 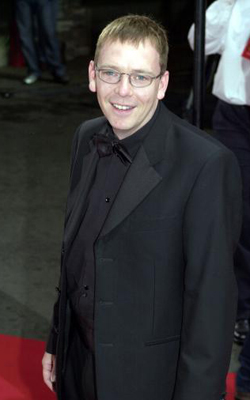 EASTENDERS is to become yet more unrealistic with the return of Ian Beale as a Jamaican-style gangster.

Viewers will discover that the reason Beale left Walford was to establish a drugs empire in the Trenchtown area of Jamaican capital Kingston, under the alias of Steppaman B.

Buoyed by his success, the bungling chip shop owner has grown dreadlocks and become incredibly intimidating, with a penchant for automatic weapons and brightly-coloured string vests.

Scriptwriter Denys Finch Hatton said: Ians transformation from a prat who looks like Jools Holland to an amoral, gun-toting Yardie who  shoots Billy Mitchell in the face for stepping on his toe really pushes the boundaries of logic, which is what we’re all about at EastEnders.

Especially when combined with utterly bogus Jamaican patois like Wa gwaan di batty bwoy bludclat?, which is Yardie for Leave it out, Phil.

Writers researched Beale’s new incarnation by playing Grand Theft Auto, which has some Yardie characters in it.

Viewer Donna Sheridan said: EastEnders has always prided itself on being a socially relevant drama about working-class life, but then it chucks in some totally implausible bollocks like Tanya Branning attempting to bury her husband Max alive.

Quite frankly one of the characters could be a giant chaffinch and it wouldnt be any less realistic.

Sources at the BBC revealed that EastEnders will continue to feature highly unlikely plotlines, including Ricky Butcher becoming a freelance neurosurgeon who performs operations in Dot Cottons kitchen.