DOMINIC Raab has reassured Britain that cannibalism is normal, healthy and would actually make us a more vital and entrepreneurial country.

The foreign secretary dispelled fears of post-Brexit food shortages by saying that the UK had ample meat stocks if the weak, the defenceless and the sluggish of foot were included.

He said: “We’d be not only the first nation to approve a Covid vaccine, but also the first to lift outdated restrictions on the consumption of human flesh.

“What a country we’ll be when the poor, the lonely and the economically unviable are not just disposed of but used as an asset to help our strongest and most brutal citizens.

“Lean, hungry and willing to violate even the most ancient taboos, we’ll be ready to take on the world, then cook them and eat them. It’s a vision of a truly global Britain.

“God, it’d be good to gnaw on a human femur in the open instead of just behind closed doors in cabinet meetings. Though it is a little distasteful that Priti insists on raw.”

Raab added: “If you’re capable of meeting other humans without instantly deciding who you’d kill and consume, I pity you. You won’t thrive in the no-deal future that’s to come.” 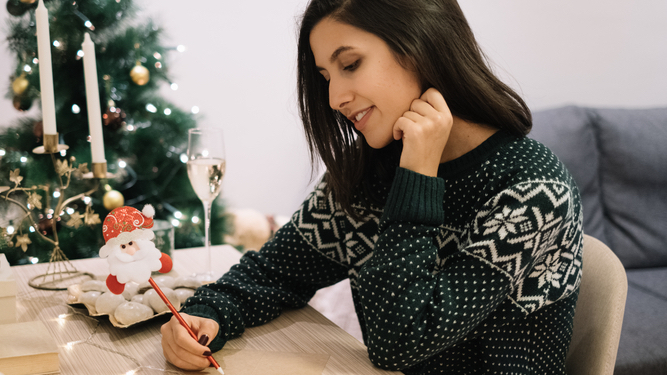 A WOMAN who only uses emails or texts during the rest of the year has discovered she has lost the ability to produce legible writing with a pen.

Donna Sheridan sat down to compose thoughtful messages to friends and family in Christmas cards but instead was left with severe cramp and no idea what she had written.

Sheridan said: “I used to have lovely handwriting, but 20 years of dumbly tapping at a device has robbed me of that skill.

“Instead it looks like a spider has crawled through some ink and then had an epileptic fit all over each card, and I’ve been left with a sort of hooked claw in place of my fingers.

“Does it look like I’ve written ‘with love’ or ‘f**k off’ at the end of granny’s card? I’m struggling to tell myself.

“Still, I suppose the postman will find the envelopes equally impossible to read so they’ll probably never reach their destinations anyway.”