NICK Clegg is to break away from the Liberal Democrats to form a party called Nick.

After everyone disagreed with his ideas about free schools, Clegg announced plans to work out of a room above a Westminster pub.

The partys emblem is a hand tossing a coin to represent its decision-making process, with the slogan Nick  Guess What Happens Next.

Clegg has asked the Tories and the Lib Dems to form a three-way coalition until the next election, where he anticipates being the majority party after everyone in the country flocks to live in Sheffield Hallam so he can be their MP.

A Westminster insider said: Hes been to Prontaprint to get new cards made up and everything, bless him.

London property only affordable to extraterrestrials 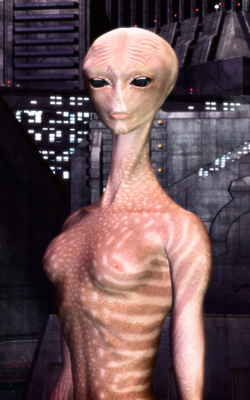 LONDON homes are being bought up by galactic emperors after becoming unaffordable to humans.

The capital’s rocketing property prices mean that even the saddest ex-council flat in an ‘up and coming’ area is now beyond the reach of a human oligarch.

Industry insiders say around 75% of London property is now sold to beings domiciled on other planets.

Grand Emperor K’taah, the giant ant-like dictator of a subterranean civilisation within a distant unnamed moon, said: “London is the most vibrant of your cities, yet even with my fabulous hoard of cosmic gems I was only able to afford a studio flat in Acton.

“Frankly there is hardly enough room to swing a moon-suckler, or equivalent Earth pet.”

He added: “I have come to your planet to mate with Earth women. Also I am laying down the early groundwork for a buy-to-let invasion.”

“They have different priorities, for example vast egg underground chambers for the incubation of their drone warrior offspring.

“Other space clients are requesting slime-proof flooring or bespoke air conditioning that mimics the atmosphere of Jupiter.”