A MAN who is livid about the Conservatives’ handling of this year’s exams is definitely going to vote for them next time, he has confirmed.

Martin Bishop, who has been calling the government a “bunch of incompetent f**king arseholes” since the results were published, will still never consider voting for anyone else.

Bishop said: “I’ve never witnessed such a terrible leadership in my entire lifetime, even though it was obvious they were going to be shit when I voted them in last December.

“They’re either buffoons like Boris Johnson or probable sociopaths like Priti Patel, and seem to be hell-bent on running the country into the ground and culling all its citizens.

“On top of that they tried to ruin my daughter’s future by trying to predict her exam grades with an algorithm. They’re the worst government ever.

“Will I ever vote for them again? Yes, without question. I don’t like immigrants, benefits claimants or Remainers. The Tories have got it spot on with all those issues.

“What’s the alternative, Jeremy Corbyn? Obviously I know he’s not Labour leader anymore, but that’s the only excuse I’ve got left.”

The Daily Mail's guide to why only scum work from home 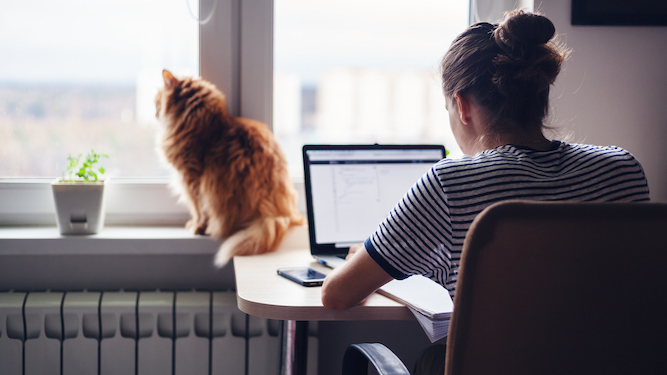 THE Daily Mail has decided that not returning to your Covid-infested office makes you a filthy traitor who hates Britain. Columnist Susan Traherne explains why:

Britain’s superb Tory-led economy is only 80 per cent dependent on service industry things like limp tuna sandwiches from Pret. By not gloomily gnawing at a sandwich at your desk you are destroying our national wealth as effectively as blowing up an Airbus factory.

You people make me sick with your reluctance to catch a potentially fatal disease. You’d have been shot at dawn during World War One, and rightly so. I work from home but that’s different because I am a columnist with important articles to write about having to buy porcini mushrooms online now.

Those poor little mites! Once a daddy went out to work and a mummy went shopping every day, like heroes. Now your kids are growing up to believe everyone cowers at home like terrified mice scared of a murderous cat. Grow spines and testicles while I check the fridge for some more sauv.

The Marxist university lecturers are taking over and thank God decent, family-oriented leaders like Boris Johnson aren’t putting us in Gulags and… Right. My word count says that’ll do.