'Daddy, what's a f**kstick?': Your guide to Brexit profanities

‘SHOWER of twats’, ‘Mr Eurodick’, ‘useless beardy motherfucker squatted on his allotment like a septic toad’. Brexit has spawned a host of new profanities, but are you up-to-date with them all?

‘Pigfucker in a shepherd’s hut’

Descriptor of David Cameron, the prime minister who instigated Brexit, now used for anyone who sets a deeply unpleasant process in motion then legs it.

Colloquial name for Britain’s prime minister by default, Theresa May.

‘As useless as Boris’s wanking hand’

Used to describe anyone so impressed with themselves they do something stupid with dire consequences they utterly fail to understand.

Name for any negotiation, for example buying a second-hand car or cancelling your gym membership, in which the negotiator is thoroughly humiliated.

Alternative title for the DUP, which were once stuck up a nether region and never thought about but are now a pain in the arse that everything seems to revolve around. 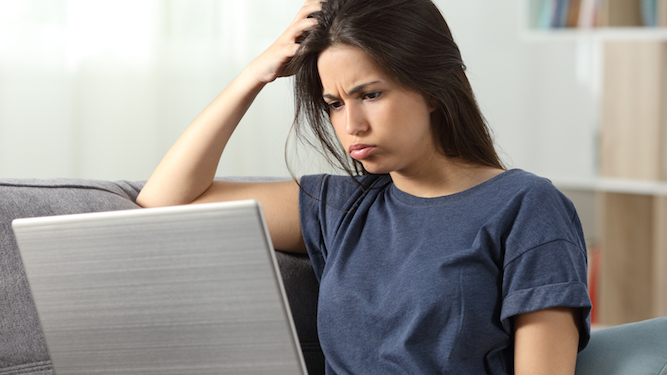 MILLIONS of Britons are living in fear of their neighbours after finding out how fucking weird they are on community Facebook groups.

Despite hopes of local online groups fostering a sense of neighbourliness, many members are avoiding any interaction by hiding indoors and hoping they do not run out of toilet paper.

Group member Nikki Hollis said: “I thought it would be nice to get to know the people around me and have a place to discuss issues, but I was wrong.

“If it’s not Martin from number 73’s paranoid ramblings about the cat killer we all supposedly need to be watching out for, it’s Moira from number 12 trying to sell her collection of racist porcelain figures.

“Gary and Sue look normal but are into eating roadkill, and Sharon across the road is getting distinctly authoritarian about us going to zumba en masse.”

Since joining the group, Hollis has gone from smiling and saying ‘hello’ to her neighbours in the street to keeping her head down at all times, or hiding out of sight in her bedroom, usually while browsing Rightmove.

Her lack of enthusiasm has been noted by the group, and will shortly be the subject of a passive-aggressive 2,000-word post from Mr Mackie about bringing her wheelie bins in.