BORIS Johnson has told the British public that his ex is a crazy bitch and they should not believe any of his made-up stories.

The prime minister reassured the Commons that Dominic Cummings is way psycho, that he just could not handle being dumped and that no way had he pursued herd immunity because he cares about you, like, so much.

He continued: “Yeah so okay me and him had a thing a couple of times – Brexit, the election – but I always knew he was this total freakazoid so I was you know, arms length.

“And I guess he was around when this whole pandemic thing was going on but I didn’t even really notice him, y’know? Because I was so focused on you, who I love?

“And now he’s having this total meltdown in front of everyone which is so embarassing for him. As if I would ever get injected with Covid live on TV. Do I look stupid? Exactly.

“He’s just so obsessed with me he’d say anything to get my attention, and I totally don’t even care and I’m not listening and you shouldn’t either. You know I’m the good guy in all this, right? Exactly.”

Nathan Muir of Hitchin said: “He says all this, but the minute a general election’s called him and Cummings will be all over each other again.”

We’re only doing this to protect people who matter, 30-year-olds getting jabs told 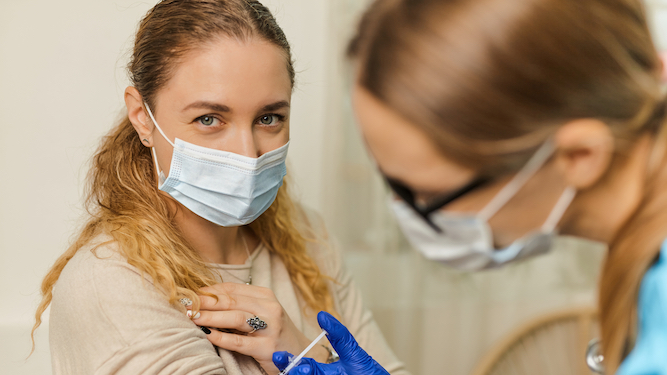 ANYONE 30 and over invited to be vaccinated has been told they are still not getting affordable housing, free higher education or stable jobs.

The relatively young are only being rushed through jabs to safeguard homeowners who vote Tory and should not read too much into it, the government has confirmed.

An NHS spokeswoman said: “Calm down. We haven’t gone soft. This isn’t the start of a long overdue quality of life improvement for young people. We’re purely looking after our electorate.

“This is a one-off occurrence of you enjoying decent treatment like your parents and grandparents. You’ll be back to shit sandwiches before they know it, as nature intended.

“Don’t be fooled into thinking you’ll get the opportunities and social mobility that previous generations took for granted. We’ve pulled the ladder up behind us and that’s that. This is an entirely selfish gesture.”

Ryan Whittaker, aged 31, said: “This announcement is a real weight off my mind. For a second there I was worried that I would be treated like a valuable human being.”