ROBERT Jenrick has curtailed any possible criticism for granting billionaires favours for cash by claiming Dominic Cummings said it was okay.

Jenrick said: “It was all Dom’s idea. There. Bet you feel pretty stupid now, don’t you?

“I checked with him, and he said: ‘Meet Desmond, watch his promotional video, ignore regulations, overrule your own staff, give him whatever he wants. Send dodgy texts about it if you like.

“If anyone asks you any questions, say it was alright with me. After that the press, the police, public enquiries, none of them can do f**k all.”

“Oh yeah, and that cottage at Dom’s parent’s place in Durham that they didn’t have planning permission for? They officially don’t have to. Because they’re his parents.”

The next minister to use the Cummings defence is expected to be home secretary Priti Patel, next week, when she is involved in a hit-and-run accident with a bus queue and fails a drug test. 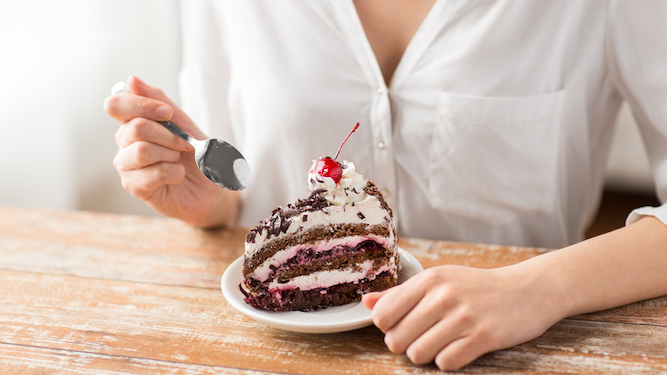 EXPERTS have confirmed that eating cake for breakfast is absolutely fine and should be encouraged.

Nutritionists have agreed that with so many existing norms already overturned in 2020, it is past time to reject the outmoded idea that cake is unsuitable to be the first meal of the day.

Dr Helen Archer said: “Your taste buds are at their most receptive to new flavours as you wake up. So we recommend a caramel sponge or a big slice of yesterday’s lemon drizzle cake.

“Cake for breakfast is especially okay if the cake is buttery or fruity. This makes it almost identical to toast with jam, only set apart by minor details like shape, consistency and swathes of buttercream icing.

“A blueberry muffin is pretty much exactly the same as blueberries on top of some granola. Have it with a bit of yoghurt and it probably counts as healthy.

But 47-year-old Tom Booker said: “This is just biased advice aimed at fat women. Cake for breakfast’s unhealthy. You should have loads of fried meat.”