Despite braying arrogantly at them from the other side of the Commons, Tory MPs secretly crave being humiliated by a Labour MP, usually female, although Ed Miliband in a leather thong has its fans. And while Tory MPs may never get their testicles crushed by Yvette Cooper in a basque, Boris Johnson’s remarkable incompetence may lead to deeply sexually satisfying humiliation at the next election.

Nothing gets a Tory off like watching unelected European bureaucrats being remorselessly rogered by the great thrusting will of the British people. These videos don’t even have to feature anyone having sex, just watching Theresa May signing the letter triggering Article 50 will have them ejaculating impressively right across the chamber.

Conservative MPs spend their days watching a comical figure with silly hair attempting to shag anything that moves. As a result many have developed a fetish for it and like to watch clown sex on their phones – even if there’s a real-life clown standing right in front of them and 600 other MPs. 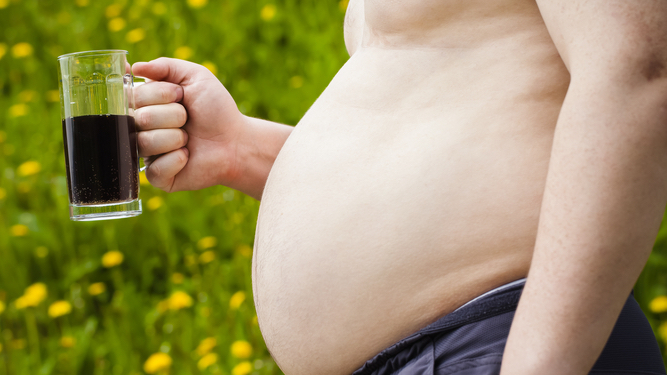 THERE’S been some slightly warm weather, and that means men stripping off. Luckily, like tremors before an earthquake, these warning signs will help you detect when a man is about to disrobe.

Prior to revealing his bare torso in public, a man will suck his belly in, pull his shoulders back and appear to carry invisible suitcases under each arm. This performance will last the entire time whilst bare-chested. When clothed again his posture will revert to normal and he’ll be exhausted from the effort. He’ll probably need a beer to recuperate.

Before removing clothing in public a man will often make a none-too-hilarious joke, such as: ‘You can look but you can’t touch!’ Deflecting his self-consciousness with humour shows that deep down he knows people don’t really want to see his beer belly, gangly frame or spotty shoulders. Fortunately you are now forewarned and have time to evacuate the vicinity.

Becoming aware of other people

Normally a man is blissfully unaware of people around him. But in certain situations, such as changing into trunks at the beach, he’ll do a horribly awkward strip under a towel, which draws more attention to the fact that he’s naked underneath than a brief flash of arse. Or he may use the technique of making himself temporarily invisible by standing behind someone else.

If a man considers himself to have ‘scored a goal’, either metaphorically or in a park kick around, he may pull whatever top he’s wearing over his head, revealing the hairy bag of custard that was once a stomach. You’re not Sergio Aguero, tuck your faded Oasis tour t-shirt back in and sit down.

By far the most obvious signal of impending clothing removal is ‘singing’ the classic striptease tune, The Stripper, with accompanying pseudo-erotic movements. Neither amusing nor sexy, this Tragic Mike’s striptease is less likely to turn a partner on and more likely to turn their stomach. A pair of sweaty Adidas sports socks should not be twirled like silk stockings.