How about we make March 29th the day you piss off? Britain tells May

THE UK has suggested to Theresa May that if she still wants to make March 29th special it could be the day she finally fucks off.

With Brexit almost certainly delayed, Britons have agreed they need something exciting to happen on the arbitrary date, and May could hold the answer in her very hands.

Carolyn Ryan of Ludlow said: “It’ll be a real anticlimax if nothing happens. So why not give us that big event we’ve all been waiting for for so long?

“March 29th will still go down in history, but instead of being the date we leave the EU it’ll be the day we wave goodbye to the worst prime minister in living memory. There’ll be dancing in the streets.

“There’s a real symmetry to it, because if she hadn’t pulled the trigger on Article 50 with no plan then she wouldn’t be where she is now. It’s poetic justice.

“And best of all, it’s the one event that will bring Leavers and Remainers together in jubilation and perhaps heal our divided country. We need this.”

A senior Tory source said: “That kind of makes sense. I mean we have had it circled on the calendar for ages.” 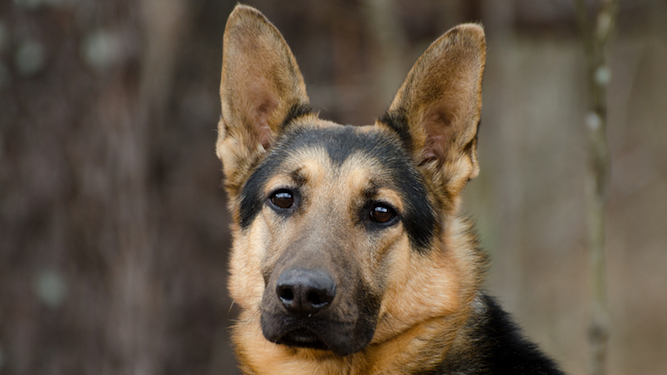 A GERMAN shepherd was shocked to see the massive shit he did on his morning walk plastered all over the local Facebook community page.

Seven-year-old Alsatian Tom Logan was even more horrified to find that the picture of his enormous turd had garnered 514 comments and 65 likes.

Logan said: “This is typical 2019 really. You can’t even shit without the world knowing all about it. Nothing is sacred any more.

“I have no idea why my owner Steve didn’t clean it up. Maybe he forgot the plastic bags or maybe he’s an arsehole who doesn’t give a toss if today’s dogshit-unaware children think it’s a chocolate bar.”

Local resident Nathan Muir, who posted the photograph, said: “I just feel that fouling dog owners need to be named and shamed. It gives me an almost sexual feeling of power.

“Also I haven’t had this many likes on Facebook since I posted a picture of a car parked ever-so-slightly up on the kerb on the high street.”

Logan added: “I had no idea my shits were so photogenic. That Valencia filter really made it stand out against the school gate background.”