ARE you suffering through work sober until you can start drinking to cope with the tension of waiting for the election result? Here’s how to deal with it.

Go for a run

Exercise is good for relieving stress and tension, so go for a jog during your lunch break. Resist the temptation to keep running until you’ve reached an airport and are boarding a plane to a less mental country like Sweden.

Don’t read election coverage on Twitter. You’ll have to put up with your colleagues’ lunatic opinions about how Nigel Farage should rightfully be PM instead, but at least you know that’s drivel rather than genuinely wondering if Laura Kuenssberg is secretly employed by the Tories.

Don’t talk to your colleagues

Even the most innocuous conversation about tidying up the stationery cupboard will instantly turn into a full-blown argument about whether Corbyn is going to turn the country into a Marxist gulag. Avoid eye contact at all times.

You’ll feel too stressed to work so do some internet shopping instead. Buy something ridiculous to make yourself feel better, like a massive new telly for your tiny flat that makes it feel like you’ve moved into your local Odeon.

Just open a bottle of wine at your desk

You might as well. Your boss won’t blame you because they’ll probably be doing the same themselves. 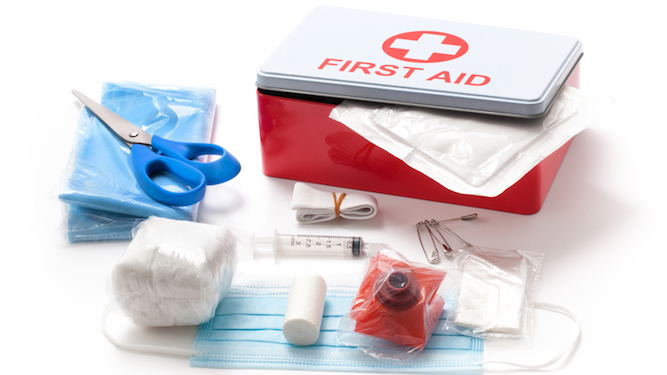 DO you need regular medicine from the NHS? If the Tories win it might be a good idea to ask for a chemistry set to make it yourself. Here are some other gift ideas.

These will stop you having to listen to Boris Johnson bleating “Let’s get Brexit done” for years to come. Ask for an eye mask too so you don’t have to read about it either.

If you go to hospital under the Tories you’ll probably end up bleeding out on a pile of coats, so start preparing for some DIY medical care at home. All procedures aside from brain surgery can be done on the kitchen table, as long as you give it a good wipe first.

A ticket back to where you came from

Boris Johnson wants EU immigrants to stop treating Britain as their ‘own country’. Leaving aside the fact that you’re fully entitled to be here and pay tax and so on, you may well start to agree as Britain turns into Poland circa 1980 but with fewer jobs.

Weirdly, old people still mostly vote for the Tories, even though they were the ones who nearly brought in the ‘dementia tax’. They tend not to help old people unless they’re the ones with a country estate to go shooting on, so it’s important to plan a swift and painless way out.

A shedload of booze

Because at the very least you can block it all out for a while. Or swap it for food if things get really desperate.