'OK' and four other text replies from dads 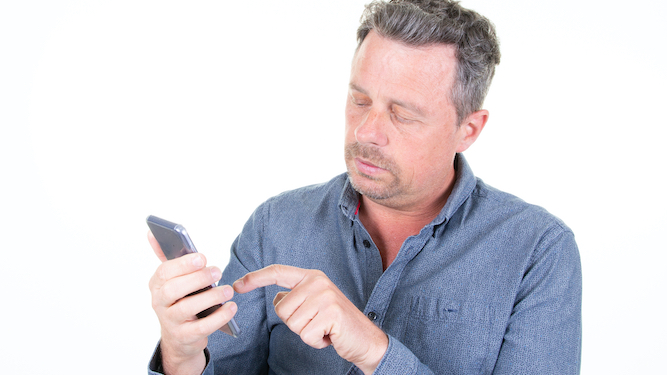 IT’S important nowadays to be able to communicate effectively with modern digital technology. Unless you’re a dad. Here are some classic dad text replies:

Whether you’ve told him you’ll be late for tea, made a difficult statement about your sexual orientation, or admitted to murder, your dad will reply ‘OK’. Which is either reassuringly accepting or suggests he doesn’t give a f**k what you’re doing.

Despite fathering you and then living with you for two decades, your dad still hasn’t got your number saved in his battered old Nokia. This means he needs constant confirmation of who is texting him, even when the message says, ‘What shall we get mum for her birthday?’

Need a lift? Want to borrow some money? Asking whether he likes your new partner? It’s a hard ‘no’ from your dad. And it’s a reply that for some reason takes him a fortnight to type and send.

A stream of weird emojis

When you receive 15 crying faces, nine of the one wearing sunglasses, a lion, three pairs of lips and an aubergine, it’s hard to make a judgement call on what he’s trying to say. Has he sat on his mobile phone, or is he drunk? Probably both.

A blurred picture of his feet

Due to a combination of sausage thumbs and being incapable of grasping even the simplest tech, every third text you get from your dad is a photo of his feet. Whilst both useless and aesthetically unpleasing, at least you know he’s still alive.