How to not mentally picture it

STRUGGLING to block out the mental image of Carrie Johnson doing… you know? Follow this advice.

You might be knackered from a busy week of scrolling social media and checking your inbox, but it’s important you don’t slack off now. If your brain is allowed a moment’s rest it could easily drift onto Carrie Johnson on her knees in front of – oh thank f**k, there’s a restructuring meeting all afternoon.

Not working today? You can still distract your traumatised brain by immersing yourself in a new hobby. Painting and swimming are good shouts, but maybe avoid glass blowing or learning the slide whistle. The undertones are far too similar to the thing we’d rather not mention, and the latter makes a saucy, suggestive noise which could be triggering.

Spiritual types like to cross their legs and focus on their breathing in order to empty their mind and exist only in the moment. But it probably also prevents you thinking about – ah shit, you’ve just thought about it again haven’t you? Horrible. In his nasty messy office. Dilyn might have been watching too. Ew. 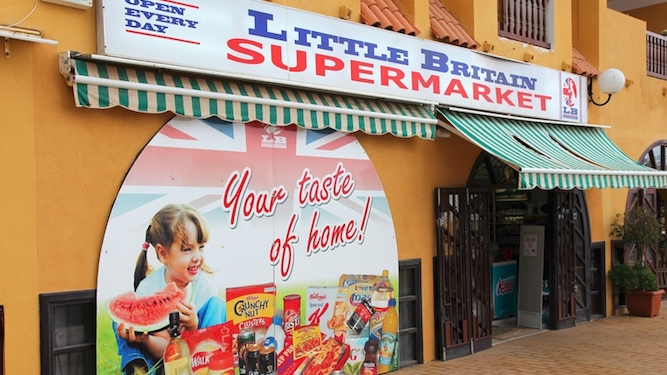 HOLIDAYING abroad is a bewildering experience for patriotic Brits. Here dyed-in-the-wool xenophobe Roy Hobbs explains the bollocks you’ll have to put up with from the weird locals.

There’s only one proper breakfast – a full English dripping in nourishing cholesterol. Fruit and yoghurt? That’s not food. Croissants? Just flaky pasties with no filling. You’ll have to find somewhere advertising ‘English breakfasts’. The useless foreign f**kers still won’t have any black pudding though, so my wife and I always take a suitcase full to be on the safe side.

What the f**k? You wouldn’t eat a hot Cornetto, would you? The English drink proper coffee: instant, scalding hot, with five sugars. Coffee’s for Remainers anyway and you should be drinking tea from Yorkshire Tea bags full of delicious dust. They’re hard to get hold of, so stay in an expat enclave with English pubs and supermarkets where you may as well have not bothered flying abroad in the first place.

Taking care in the sun

Sun cream and aftersun are for women and ponces. You can spot a real man a mile off with his blistering, lobster-red body. Just drink plenty of lager to stay hydrated and blot out the pain, and you’ll soon be bright red with white bits. Add a blue baseball cap and you’ll be the colours of the Union Jack, and nothing’s more attractive than that.

It’s like the British Empire never existed with foreigners nowadays, many of whom don’t understand basic English phrases like ‘Where’s the bogs, I’m bustin’ fer a piss’ and just jabber away in their made-up gobbledegook. The Greeks don’t even have a proper alphabet, just squiggles and things. Granted, I don’t speak a word of Spaniard, but Sir Francis Drake kicked their arses, which I’m totally convinced is relevant in some way.

Greece reckons it’s the birthplace of civilisation and the French think they invented fine food, so why can’t they do proper chips? Those skinny, shitty little fries have clearly never had a good long soak in a deep fat fryer to get properly soggy. If they know so much about food, how come they eat manky old horses and stuff out of the garden pond? Wankers.

Everybody knows teatime is 6pm, no ifs, no buts. Yet these foreigns don’t even think about eating until 9 or 10 o’clock at night! They’ll claim it’s cooler then, like there’s something wrong with eating in the blazing sun with sweat pouring off your face onto your burger. If you ask me they’re just too lazy to eat earlier, which is why they’ll never be great like Britain.