How to take the piss like a Tory MP

WANT to transform your dreary, underpaid job into a fountain of cash like a Tory MP? Just follow these steps:

Keep pissing off to another job or jobs

If your office job only pays a measly £82k, don’t settle. Get another job, or jobs, and take full pay for each. Obviously don’t work the full hours for any of the jobs. That would be ridiculous.

Work from wherever the f**k you want

Former attorney general Geoffrey Cox chose to work from a Caribbean island, to avoid distractions while aiding them in tax avoidance. Likewise your ability to work won’t be affected by being based in Venice, Centreparcs Sherwood Forest, or Alton Towers.

Demand a ridiculous amount of money

The figure should sound as though plucked from thin air by someone who learnt what money was that morning, eg. £15,000 an hour. Employers will no doubt offer even more to hang on to a highly skilled employee of your calibre.

Employ family members and people you want to shag

Blatant nepotism is a real boost to household income for essentials like skiing holidays. Pay £40,000 to your partner, kids or better still, hire someone you’re keen to bone. It’s an unhealthy power relationship that will lead to fantastic sex.

Justifiable expenses are for the weak. Yours should have no fathomable connection to your jobs, for example a heated swimming pool with retractable roof, a cellar full of rare French cheeses, or a home cinema for your dog.

If anyone questions your bizarre and self-evidently corrupt set-up, doggedly insist it’s them who’s wrong. Eventually your righteous indignation will gaslight them into believing working three hours a week as a consultant is normal. Going the extra mile, even. 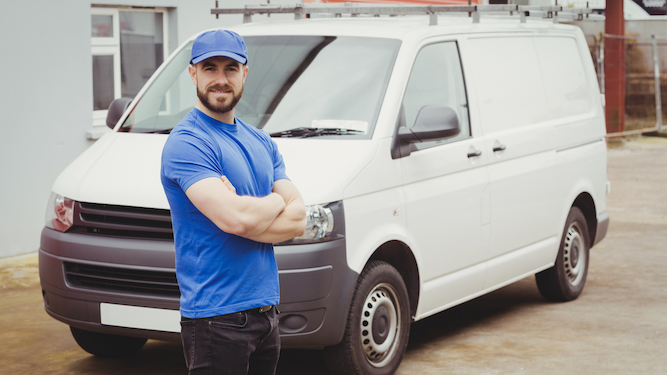 THE line between being a noble working-class grafter and a footsoldier for right-wing extremism is a thin one. Which side of it are you on?

Do you work hard?

A) I think so. As a self-employed plumber I’ve normally got a busy day checking boilers, replacing pipework and so on.

B) Like a Japanese POW, mate. I’m out in the van first thing intimidating other road users. Then I’ve got to read the headlines in the Sun and have a fag to calm down. After that it’s a hard day haggling over cash-in-hand and mysteriously disappearing to ‘the yard’ for hours.

What are you doing for Poppy Day?

A) I’ve got a poppy for me and one for the van. I’ll observe the silence.

B) Covered my Transit in massive stickers of poppies and silhouettes of British soldiers at the Somme, with ‘Lest we forget’ in Gothic letters, not that there’s any f**king danger of that if I’m around.

How would you describe your political views?

B) I want us on a war footing with the EU like we voted for, and scroungers and lefties should be interned. Solve the immigration problem with machine gun nests and mines on all our beaches. So pretty moderate.

Would you describe yourself as a family man?

B) Too bloody right I am. And if a nonce ever threatened my little ones I wouldn’t be held responsible. The thought tortures me, night and day. I’ve written a letter to Jacob Rees-Mogg.

How do you feel about the Insulate Britain protests?

A) Sympathetic to the cause but they’re helping nobody blocking roads.

B) I’m putting razor-sharp bumpers and spiked tyres on the van this weekend. And a flamethrower. They haven’t reached Loughborough yet but they’re coming.

MOSTLY As: You seem like a decent, hardworking person. Try being permanently outraged about it as if only you have a job and everyone else is on the fiddle.

MOSTLY Bs: You’ve somehow confused having a job and a family with being a borderline fascist. But don’t worry, it’s normal at the moment.