CHRIS Huhne would beat Nick Clegg in a leadership contest, it has emerged.

Liberal Democrat members said that after nearly three years in coalition they would prefer their party to be run from prison.

As Huhne’s February 2012 claim of being completely innocent turned out to be a stinking, greasy lie, grass-roots activists insisted that perverting the course of justice was the ‘big idea’ the party needs.

Constituency vice-chairman Martin Bishop said: “Chris has always been a radical and I think his biggest and best lies are still ahead of him. It’s an exciting time.”

Richard III to pick up where he left off 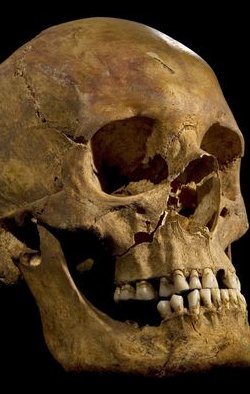 THE skeleton of Richard III has vowed to re-boot the Wars of the Roses and slaughter his rivals to the throne.

The exhumed king said he was delighted to be back before pledging ‘a torrent of Lancastrian blood that will turn the mill-wheels of Preston’.

He added: “I want to check out the Leicester restaurant scene, catch up on some paperwork and then disembowel all those who would deny my claim.

“I have also ordered a horse off the internet.”

The last king of the House of York revealed that having a curved spine and a club foot is a lot easier to cope with when you are just a skeleton.

“The hunchback was mostly fat. Now it’s gone I’m very nimble. But I am still really angry, so I guess it wasn’t all about the hump.

“I’ve read a couple of articles saying that I was actually quite nice and that Shakespeare was unfair.

“He wasn’t. I am fucked up and I am coming to get your children.”

Jane Thomson, from Stevenage, said: “Excellent. I was hoping this would activate some ancient curse that would wipe out half the country.”

Richard III added: “My friend Dan Snow tells me you are now ruled by Germans. We shall see about that.”