I am mankind's last, best hope, by Boris Johnson

HUMANITY stands trembling on the precipice of extinction. Only one courageous hero stands ready to save us. Only I, Boris Johnson.

After decades of world leaders ignoring the evidence and growing threat – and yours truly, with 20 years in government, was no exception – it is time to awake to the truth. We face annihilation unless I stand in its way.

Who else could carry this torch? Biden’s too old. Merkel’s too severe and she’s leaving. Trudeau did blackface. I’m blonde, charismatic and basically Flash Gordon.

I will take the carbon menace on. I, by virtue of my incredible charisma which works on all peoples and definitely not only on a small slice of English voters, will carry the hopes of the world on my shoulders.

Make no mistake, the world hangs in the balance. Our future is decided this very week. And I hate to say but the prognosis doesn’t look good until my prearranged narrative moves into its triumphant phase around Wednesday.

Carbon will be trounced, drubbed, and knocked into a cocked hat for swift disposal by Glasgow’s excellent binmen. The climate clock will be reset. Carrie will stop banging on about it. Everything will be alright again.

I will be re-elected and also, simultaneously, made Mayor of London. All opposition will disband. I will be named the world’s greatest saviour, easily thrashing Jesus and Tony Stark.

And when people say ‘Does this constant egomaniac self-aggrandising come from your deep insecurity?’ I will reply ‘No, not at all. Who told you that? They’re wrong.’ 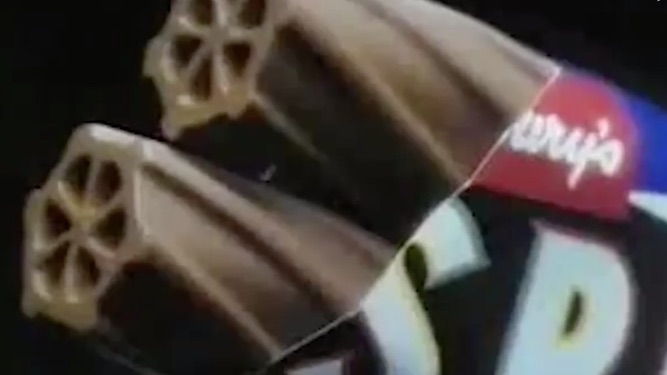 THESE colossi of chocolate used to walk among us, available for ready consumption. But the bastards took them away:

Twin spirals of chocolate in a fine example of being sold air, they were still different and exciting and gave us comfort in the tough times of the 1990s, facing trip-hop, combat trousers and the Major government. But they snatched them from us.

A white Flake covered in milk chocolate, indelibly associated with Anthea Turner marrying Grant Bovey and, around the same time, 9-11. They were one more option and they made people happy. Why couldn’t they be allowed that?

Your mum liked these dark chocolate pyramids with mint fondant inside. You personally weren’t bothered, but Bagsy at school claimed you could bite the top off, suck out the fondant and replace them without shopkeepers knowing, which always made you laugh because what a lying twat. Who was that harming?

Far superior to the milk chocolate version, but apparently some people, like the f**king manufacturers, didn’t agree. They took away something you loved and gave you nothing in return. How is that fair?

Like Minstrels but the white ones had milk choc inside and, well, vice versa. So you could decide which thrilling contrast to savour or a mix or whatever you liked, back when you were young and free and Bill Clinton was doing that sex stuff. You had hope then, and Vice Versas.

A delicate, wispy nest of sophistication reminiscent of when you took your first love out to a pizza restaurant, and you’re not getting that back either are you? Now you’ve got a mortgage and a dog and crow’s feet and there aren’t any f**king Secrets anymore. Life’s shit.

All the good Celebrations

Not just Galaxy Truffle either, or Topic. There used to be all kinds of incredible ones, like Galaxy Bubble and Big M&M and Tiny Treets, you’re not just imagining them, everything was better then. We should have a revolution.