JEREMY Corbyn has admitted he walked out of a meeting last night because he saw Chuka Umunna, who he also sees looming from every shadow.

Corbyn left the cross-party Brexit meeting the moment he saw Umunna, who he assumed was one of the many ghostly Umunnas who haunt his days and nights.

He said: “They whisper to me in empty rooms, telling me I am not socialist Jesus but a weak, deluded old man. But when I turn there is nothing there.

“They stand at the foot of my bed, trying to pull me to the political centre. They appear in the guise of my trusted advisers, which is why I stabbed Seamus Milne with that letter-opener. Sorry Seamus.

“Sometimes when I address a rally every other face is Umunna, mocking me, taunting me. Which is ridiculous because my rallies are 95 percent white.

“So when I saw Umunna in that room I thought it was another hallucination and left before I started shouting ‘You’re not real! You’re just a spectral phantom, planted by the right-wing media!'”

He added: “Of course, if I’d known it was the real Chuka I would still have walked out, because I’m a petulant little factional lefty bitch.” 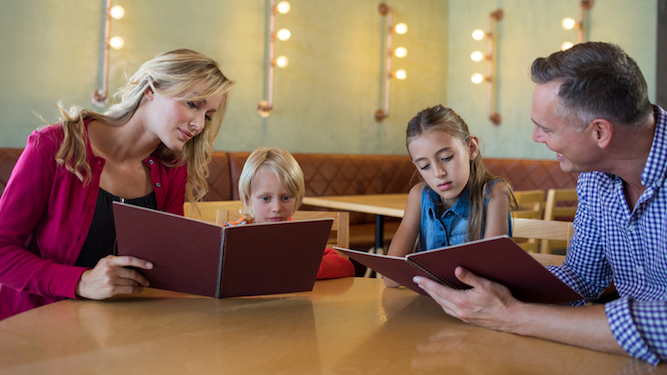 ADULTS have been enviously eyeing the straightforward and tasty children’s menu in a London gastropub, it has emerged.

The grown-up menu at the Hoop and Wheelmaker pub in Hampstead includes unappealing items such as buttered kale casserole, plus simply incomprehensible ones like ‘lamb minarets’.

Adult Tom Booker said: “That’s proper, actual food. But apparently it’s only available to the under-12s and I have to pay £15 for a cauliflower steak. I mean, fuck off with that.

“Also my kids ordered in 30 seconds, whereas I had to pretend I understood the pretentious menu. What are ‘hand-roasted tomatoes’ anyway?”

Fellow customer Donna Sheridan said: “I had to have a manky sourdough ciabatta while my children were tucking into burgers and potato waffles. It’s so unfair I almost had a tantrum.

“My friend Helen had the cunning idea of ordering two kiddy-sized portions of fish fingers, chips and peas, but the bastards are wise to that and they took the children’s menus away.”