I'm backing Mordaunt and it's nothing to do with breasts, says Tory voter

A CONSERVATIVE party member has pledged to vote for Penny Mordaunt as next leader, for reasons entirely unrelated to mammary glands.

Steele said: “My vote will be based entirely on her policies, whatever they are. I must admit I was a bit distracted when she made her speech.

“After the sordid Johnson years, the party needs a strong woman to stand up at the despatch box so I can gaze at her boobs during PMQs. I mean, put Labour back in their place.

“The wife likes Rishi because he’s a good looking lad, but you can’t vote for someone based on their attractiveness. My admiration for Mourdant is completely due to her impressive military record and not my feverish imaginations of seeing her in a lacy bra.”

Steele’s wife Margaret said: “While Norman’s obsession with breasts is tiresome, I can’t be angry with him for fancying Penny Mourdant.

“All the candidates are going to promise to fix the economy and tackle the cost of living, and ultimately end up doing neither, so voting for someone because you like their tits seems as good a reason as any.” 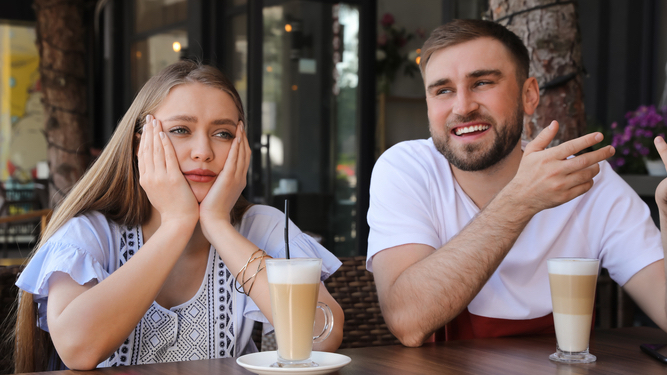 KNOW-IT-ALLS armed with tedious trivia are everywhere. Hippos kill more people than lions, you can’t lick your own elbow, and so on. Here are five facts we wish we’d heard less times. Or should that be ‘fewer’?

A takeaway with your parents will leave your dad both chomping on his naan and champing at the bit to tell you his one relevant fact: chicken tikka masala was invented in Britain. Followed by awkward silence because there’s nothing really to add. Next time order Italian and run a sweepstake on how long it’ll take him to tell you there’s no such thing as spaghetti bolognese.

There’s nothing like a misquoted movie line that’s been cleared up years ago. In Jaws Chief Brody is actually telling Quint he needs to replace his too-small boat. It’s one of the best lines in one of the best movies of all time. But let’s focus on this. You know what else? That’s not a real shark. Wow. I am incredibly insightful.

Frankenstein was the name of the doctor, not the monster

As a gothic horror author, Mary Shelley would have quite liked the idea of spinning in her grave. Which is lucky because most discussion of her masterwork is what the monster isn’t called. It’s been common knowledge ever since people started picking up on dunces calling it ‘a Frankenstein’ or whatever. Can the pedant make any interesting points about the book’s plot and themes? No, because they haven’t actually read it.

Hurrah! But dying isn’t a great topic when you’re sweating and hyperventilating on a Boeing 747. Yes, you ARE more likely to die in a car crash. But you’ll remember this and be scared shitless next time you get in a car as well. In fact you’ll be getting a taxi at the airport, so say goodbye to your loved ones because there’s no way you’re getting out of this holiday alive.