OF all the low points this year, this has to be the lowest. Launching housing policies explicitly targeted at scum claiming benefits.

The worst of the worst, the bottom-feeding filth who are barely functioning economic units, the ones we’d ship to Rwanda if they weren’t inconveniently white. They’re my new electoral demographic.

‘There’s loads of these worthless f**ks in the Red Wall,’ Dowden tells me. ’They voted for Brexit. They voted for you. Now they’re wondering why everything’s gone to shit.

‘So we’ve come up with this. It won’t work. Inflation’s ten per cent, none of them will be able to save even close enough for a deposit and there aren’t any houses anyway. But it’s Thatcherite.’

All of which explains why I’m in Blackpool, the nation’s prolapsed arsehole, wearing the old hard hat and telling an audience of absolute dregs that they are my government’s priority.

These people can’t even earn a f**king wage. Their cretinous choices of career, partner and place of birth, and subsequent deprivation, are their own fault. And they’re my last hope.

I should be standing behind that podium giving an incendiary speech about wiping these lowlifes out. Withdrawing every benefit. Taking their homes and children. Locking them up in prison ships and letting them drift out into the Atlantic. Good Tory stuff.

Instead I’m out here pandering to the vermin I normally only see getting bailiff visits on Channel 5. Surely this is rock bottom. I can’t sink lower. Until next week. 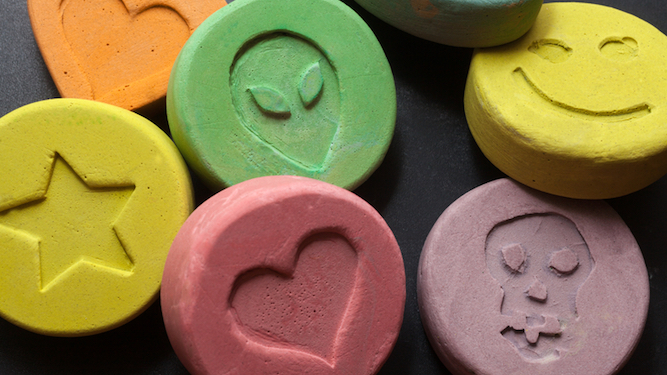 BREXIT is such an endless black hole of misery that it has even managed to make MDMA less fun, research has revealed.

A peer-reviewed scientific study found that supply chain disruption had caused a decrease in the purity of the drug, adding yet another unexpected drawback to the shitshow of leaving the EU.

Recreational drug user Lucy Parry said: “Given that we live in a hole of a country with an inept, lying prime minister, a failing economy and a media obsessed with peddling culture war crap, I need a little dab of Mandy to make it bearable.

“However, Brexit has even managed to f**k up that. Apparently pills are now routinely cut with stuff that causes panic, psychosis and prolonged insomnia. I can get that from reading the news, thanks very much.

“I bet it doesn’t affect Brexiters like Jacob Rees-Mogg. He’s probably got his own personal chemist making pills that blow your head off. That would explain a lot.”

Oliver O’Connor said: “Taking a couple of pills on a weekend used to allow me to feel like all was well with the world, even when it wasn’t.

“Now I have to suffer the horrible reality of this country with only a few pints of lager in me. Suddenly I can see why angry twats feel the need to fight each other outside pubs. In fact, I think I’ll join in.”