Is there a party going on in your house without your knowledge while you're home right now?

AS Boris Johnson has shown, you never know when a party could strike. There could be one happening in your house right now. Is there?

Can you hear anything?

A) No, just the fridge buzzing and the cars on the road outside.

B) Yes, about 50 or so people clearly taking part in some kind of quiz and cheering when they get the answers right. But it’s probably nothing.

Have large numbers of people arrived at your house laughing and carrying gifts and bottles?

A) I’m pretty sure I’d have noticed that and no, there’s been nobody at the door all night.

B) I have heard the door open and close around 50 times and a lot of excited conversation in the hallway, as if guests were arriving for some kind of planned event. But it could just be the wind.

Is anyone eating or drinking anything?

A) I had a cup of tea about an hour ago, and I quite fancy a biscuit.

B) From the clinking glasses and plates it seems like approximately four dozen people are drinking wine and eating cheese and canapes, which would fit with the catering vans which arrived this afternoon. Or, and this is just as likely, it’s the neighbours watching telly.

Are there any sounds of joy or merriment?

A) Not really. We’re watching The One Show.

B) Absolutely loads. The groans and applause of a mass Secret Santa, loud music, the sounds of dancing and increasingly raucous conversation. Then as it gets towards 1am you can hear everyone slamming doors and getting into taxis as they leave. But this is an old house so I imagine it’s just creaky floorboards.

Was there anything unusual in the house the next morning?

A) A postcard had fallen off the noticeboard.

B) Yes, clear evidence of a party attended by at least 50 people, leaving empty glasses, torn wrapping paper, and dirty plates. Also everyone I work with was hungover and saying things like ‘Great party last night’ and discussing who’d shagged who.

Mostly As: There is no party currently taking place in your house. But you can’t be complacent. Check the wardrobes.

Mostly Bs: It is impossible to say whether any party took place in your house or not, even though if there was you are sure everyone followed Covid regulations at all times. The only way you can find out is to launch an inquiry.

Music brings people who hate that kind of music together 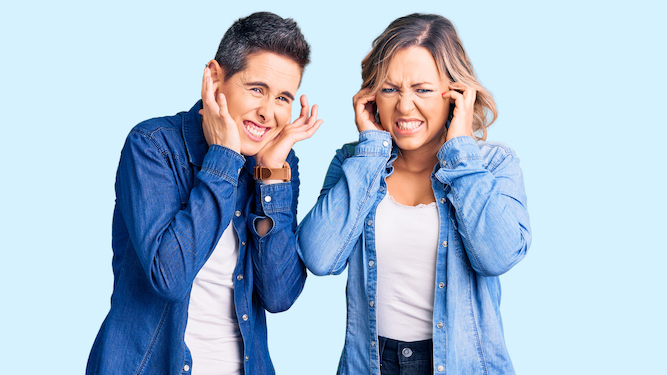 MUSIC has been confirmed to bring people together, specifically in groups of people who absolutely loathe that music.

From Slayer to Taylor Swift, music has the power to overcome superficial differences and unite disparate groups in mutual detestation of whatever is assaulting their ears.

Neighbours Joanna Kramer and Bill McKay are polar opposites. Joanna is a Telegraph-reading Brexiter who drives a Range Rover and has five dogs, while Bill is a Corbyn diehard who rides an electric scooter and believes owning pets is tantamount to slavery.

But the two are united by their common hatred of country music. Joanna explained: “I hate Johnny Cash, I hate pick-up trucks and I especially hate the mandolin. If I had my way, there would never be another song about cowboys again.”

Bill agreed: “It’s just ignorant redneck shit for white supremacists. I was in the garden one day and it came on Radio 2 from over the fence. I shouted ‘Turn that bollocks off!’ just as Joanna did. Our friendship grew from there.

“We get on like a house on fire. If we ever stray into disagreement territory – religion, politics, bin collections – I say ‘Dolly Parton’s total crap’ and we’re laughing again.”

Joanna said: “It’s beautiful how something so completely shit has brought us together. That’s the redemptive power of f**king awful music.”