BORIS Johnson has decided to bring forward his wedding to Carrie Symonds to two o’clock this afternoon, he has announced.

The prime minister’s decision is in no way an attempt to deflect attention from Dominic Cummings’ revelations yesterday, but based on his extremely romantic nature.

Johnson said: “I’m hoping we can put behind us whatever it was that happened yesterday. I’ve already forgotten about it, and I hope you have too.

“What’s important is that we focus on this special afternoon and my betrothal to this wonderful young lady, er… Carrie. Yes, that’s right, Carrie, like the horror film.”

Johnson dismissed Cummings’ comments about herd immunity at the expense of the elderly and vulnerable to ensure his popularity in the polls as “whiffle piffle paffle”, and said he now just wanted to concentrate on being a good husband.

He continued: “While not watching the news at all yesterday, I was reminded of how important love is. Carrie’s a keeper – she got us that f**king hound, and he’s been a great distraction from this endless shitshow. Sorry, I meant ‘a man’s best friend’.

“Two o’clock. I’d ask the press to respect our wish for privacy by bringing as many photographers and cameras as possible. Dilyn’s going to be there.” 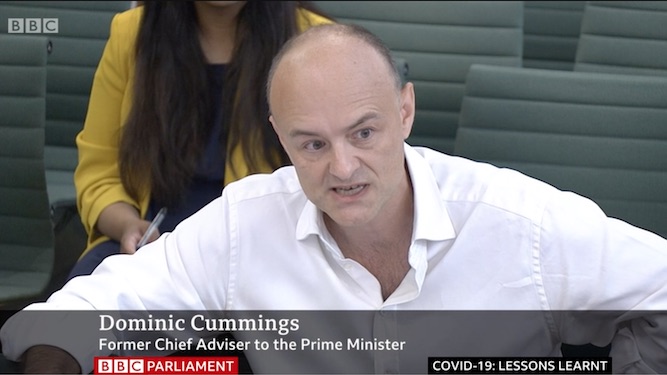 BORIS Johnson has told the British public that his ex is a crazy bitch and they should not believe any of his made-up stories.

The prime minister reassured the Commons that Dominic Cummings is way psycho, that he just could not handle being dumped and that no way had he pursued herd immunity because he cares about you, like, so much.

He continued: “Yeah so okay me and him had a thing a couple of times – Brexit, the election – but I always knew he was this total freakazoid so I was you know, arms length.

“And I guess he was around when this whole pandemic thing was going on but I didn’t even really notice him, y’know? Because I was so focused on you, who I love?

“And now he’s having this total meltdown in front of everyone which is so embarassing for him. As if I would ever get injected with Covid live on TV. Do I look stupid? Exactly.

“He’s just so obsessed with me he’d say anything to get my attention, and I totally don’t even care and I’m not listening and you shouldn’t either. You know I’m the good guy in all this, right? Exactly.”

Nathan Muir of Hitchin said: “He says all this, but the minute a general election’s called him and Cummings will be all over each other again.”