Johnson's taking us for fools, say bunch of f**king fools who voted for him

THE f**king fools who voted for Johnson are being treated exactly like the fools he took them for, it has emerged.

Cretins who cast their votes for a known and proven liar have been outraged to find that he is lying to them just like the credulous idiots they have proven to be.

Mouth-breather Wayne Hayes said: “I thought I was in on the joke. But it turns out a corrupt Etonian elitist doesn’t hold me, the man on the street in Hartlepool drinking a can of Scrumpy Jack at 11am, in high regard.

“Just because I voted against my best interests by getting him into power doesn’t mean I’m stupid. Why doesn’t he treat my warped, contrarian lizard brain with the ounce of respect it deserves?

“But then again he said this report said he didn’t do it and he’s sorry and I reckon he meant it this time.”

Crocs-wearer Nikki Hollis said: “There were red flags. Always blustering nonsense, the affairs and children, being sacked for making stuff up. Is it my fault I didn’t know about any of that? My son says yes.

“Now I know he’s a blight on this great country who deserves to be strung up for his actions, I look forward to voting for him again in 2024.”

Six things twats think are legal on the internet 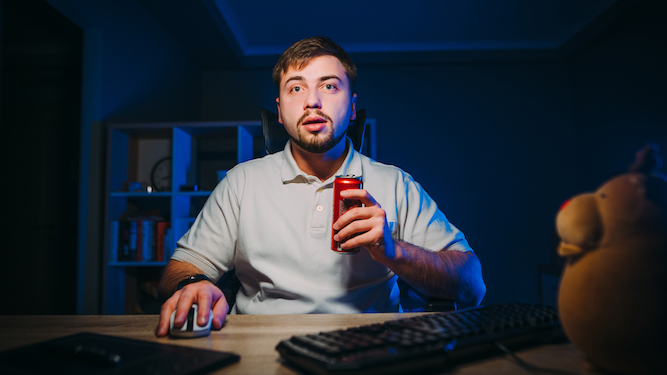 SOCIAL media users have been warned not to discuss possible court proceedings relating to a 20-year-old footballer. But twats think that, on the internet, anything goes. Such as:

Strangely ‘harassment’ and ‘malicious communications’ are still offences whether or not a computer screen is involved. However it’s a lot quicker than cutting out individual letters from newspapers to make an old-fashioned postal death threat, so hurrah for the information age.

If you’re accused of a crime the last thing you need is a mob of knobheads behind keyboards deciding your fate in online court. Judges take it very seriously, yet people who end up in prison for it always find it surprising, possibly a by-product of being a twat.

You can get away with this and from 2000 to 2010 everyone did. It does rip off creative types but in a way that’s hard to care about; who got hurt when you downloaded Finding Dory? Ellen? She’s got loads of money, it’s fine.

Inciting hatred does not somehow magically become legal when it’s online. The only exception is Call of Duty voice chat, where the sheer volume of gay and racial slurs would require half of the world’s teenagers to be detained indefinitely.

Amazingly, unsolicited dick pics aren’t illegal unless you keep doing it, but they soon will be. Maybe preempt the law by not acting like a f**king pervert who thinks women would love a close-up of your dangling, veiny man-meat to keep, treasure and use as phone wallpaper.