Keir Starmer's guide to being bold and radical without offending bigots

I’M Keir Starmer, here to present a radical vision for Labour which won’t offend the racists and bigots who would never vote for me anyway. Here’s my plan:

I want to appeal to everyone, including the type of person who thinks they’re ‘indigenous’ to the United Kingdom, so I’ll hedge my bets on everything, including sending refugees to Rwanda. I’ll vaguely criticise it to appeal to my core voters but not promise to scrap it completely so borderline racists might still give me a chance. Radical, huh?

Slag off your own side

If there’s one thing that appeals to Tories, it’s calling Jeremy Corbyn a twat. No matter that I was in his shadow cabinet or campaigned for him to Prime Minister, I’m prepared to throw anyone under the bus if I think it will win me votes. But in a more caring and compassionate way than Boris Johnson, obviously.

Nothing wins hearts and minds quicker than using topical cultural references to make witty jokes about the opposition. That’s why I chose to reference the 1983 film Return of the Jedi at PMQs. I also talked about Love Island, which wasn’t at all like a tedious old uncle trying to engage with his teenage relatives by asking about ‘the TikToks’.

No matter if the country is f**ked every which way from Sunday, people who think the French are morally questionable bastards who smell of garlic will let themselves be shafted endlessly as long as they have their precious Brexit. So I’ll refuse to consider rejoining the Single Market, which will help nothing apart from the egos of some xenophobic old duffers.

Subvert the right wing press by sucking up to them completely

I’ll talk to right-wing press newspapers and make it seem like I believe all the things they believe in. But I won’t just lull them into a false sense of security, I’ll lull them into a genuine sense of security by actually meaning it and doing nothing to offend or disrupt the establishment. Why offer a genuine alternative when you can just peddle more of the same old shit?

How to sabotage your partner's early bedtime 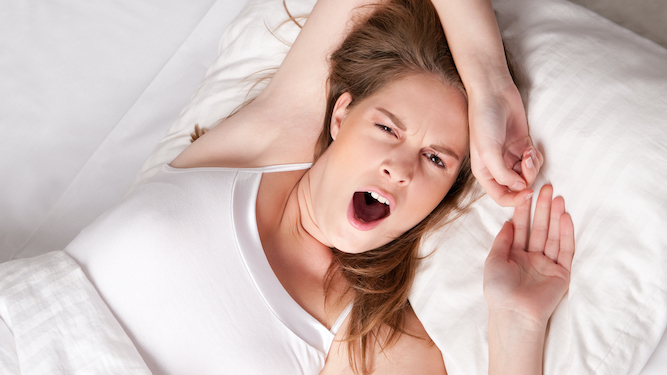 IS your partner being a dick and getting an early night as if that makes them better than you? Here’s how to shit all over that plan:

Start doing something that’s their thing. Set up a zombie boardgame, begin making moussaka from scratch, get a guitar out: whatever they’d stay up to do, do it now. And badly. They’ll be stepping in and doing it for you until midnight. Good luck with your dawn run, dickhead!

Nothing angries the blood like a old-fashioned screaming match. If you’re really in love you’ll know how to get under their skin like nobody else. Go in on how she sounds like her mother or when he was caught Googling his ex and the adrenaline will have you both up until sunrise.

Come on to her with the grimly lustful determination of a man who’s forked out more than he should have for a hotel room on Valentine’s Day. Insist on lengthy foreplay. Then go at it, awakening sensations not felt for months, revitalising your lover. Then uncomfortably cuddle and refuse to move.

If it’s not as simple as swapping out decaf for caf, get creative – think of it as a poisoning that brings them to life. Splash green tea on their pizza, slip Red Bull into their risotto, or lace a Taste the Difference tiramisu with espresso shots. They’ll still be wide-eyed and shaking in the bed beside you as you drift off at a reasonable 1am.

If there’s one place nobody sleeps, it’s A&E. Fake a back problem or internal rupture, or just wedge an object in your arse, and demand to be rushed to hospital. You can make a sudden recovery when you deem it a rational time for you both to go to bed.