WONDERING who on earth was cheering for last night’s flight to Rwanda to take off as planned? These arseholes:

An instantly recognisable breed of twat bellowing logic-dismissing opinions in the style of Tom Harwood and Allison Pearson. Uses bollocks phrases like ‘wokerati’ and ‘the civil service blob’. Will not rest until all asylum seekers, bishops, and benefit claimants have been removed to what they insist on calling ‘the dark continent’.

One of the least self-aware strains of twat. Not racist; it’s a coincidence that anyone non-white bears the brunt of their extensive suite of prejudices. Believes the only reason they can’t get a GP appointment, a six-figure job and a card for the cash-and-carry is migrants, and this flight would have turned that around.

10pm yesterday was a low point for those who believe lawyers should keep their noses out of legal matters and that human rights aren’t for everybody. They dream of a fully-armed environment-devastating life like the lawless hellscape of Mad Max: Fury Road, which luckily appears to be the exact direction in which the UK is headed.

Not every Brexit voter approves of the Rwanda policy, but everyone who does approve definitely voted Brexit. An insane core of voters for whom no xenophobia is enough, which the government is hell-bent on placating to scrub away Partygate. It’s a shame they make up a huge chunk of the population.

Long ago, these twats decided who they hated. It’s a diverse list including teachers, gays, city-dwellers, fancy types and do-gooders, but top of it is always foreigners. The only way they could love this flight to Rwanda more is if Meghan Markle was on it. 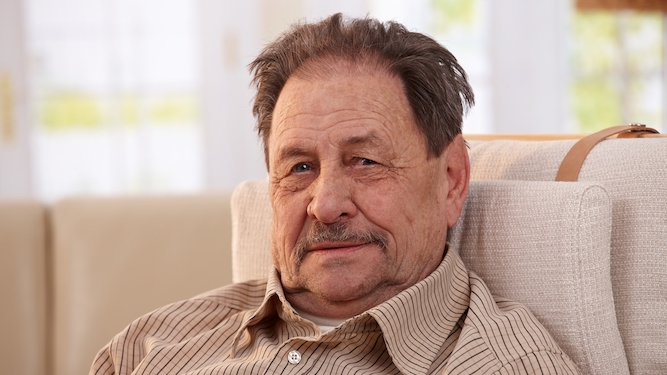 A MAN’S house gained more than 80 pounds in value while he sat in it moaning about how lazy millennials are.

Bill McKay, aged 62, accrued the same amount of cash he accused the younger generation of spending monthly on Netflix and Deliveroo simply by being a blustering old twat on his sofa.

McKay said: “I worked very hard and didn’t have a holiday for four whole years to buy my house for £24,000 in 1985, so it’s clear to me that the only reason millennials can’t do the same is because they’re bone idle.

“Yes, I’m able to reap the rewards now, sitting on my arse reading the Express, because I took early retirement with an enormous final salary pension while my property constantly gets more valuable. But I grafted for it.

“I’m in this position because of my skills, my good judgment and my impressive work ethic, not because I had the blind, dumb luck to be born at a time of growth, wealth and job security.

“Yes, my house is worth £80,000 more in a year without my doing anything, and indeed £80 more since I’ve been going on. Why can’t that inspire you to follow in my footsteps rather than be envious?”

Son Jack McKay said: “I spent two hours rehearsing arguments to prove his boomer nonsense wrong. During which his house accumulated another £165.60 in value.”