This abject failure of a crucial policy is great news for us, claim Tories

THE Conservatives are celebrating their absolute failure to deliver on a key policy, believing that it will be a big hit with the voters that policy is important to.

Following yesterday’s non-departure of a flight taking asylum seekers to Rwanda, leading figures in the government are jubilant about their extremely public fiasco.

A Home Office insider said: “They’ve fallen into our trap. Now all the voters’ anger will be directed at lefty lawyers like Sir Keir Starmer, rather than the people who came up with this unworkable policy and couldn’t carry it through.

“Middle England is up in arms about migrants in boats. So by very publically not managing to remove a pitiful number of them, at massive cost, we have got those voters locked in. Why would they back anyone else after this?

“Our enemies have played right into our hands by proving what we were doing was illegal. Nobody’s got any bad associations with this particular government and breaking the law.

“Another few failed flights like this, while the migrants continue to roll in, and we’ll be indelibly associated with an absurd policy that hasn’t worked in any way. And that has got electoral landslide written all over it.”

Dog being rather cagey about what's in his mouth 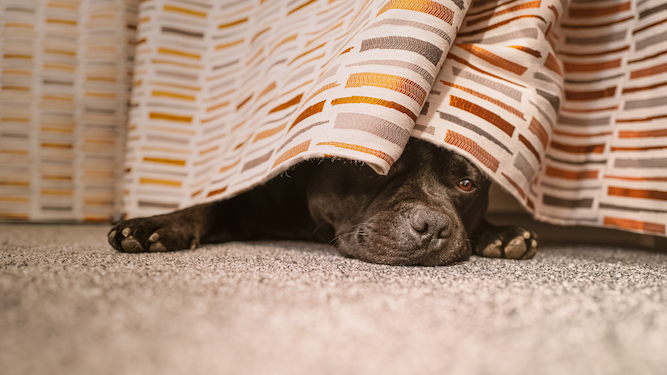 A DOG owner is increasingly curious about just what her pet is refusing to reveal is in his mouth.

Staffordshire bull terrier Leonard first caught his owner’s attention when he rushed into the home they share in Preston, contrary to his reputation as an ‘awkward slow bastard’.

Owner Emma Bradford said: “So I knew he was up to something. He’s only shifted that fast before when he sat down and took a dropped ice cube straight to the anus.

“I wanted to know what it was. Dead rat? Old bin chicken? Something that’ll stain my carpet? But of course he’s f**ked off, just like last time when he took the butter.

“I found him upstairs under the bedroom curtains, guilty but close-mouthed. He wouldn’t drop whatever the bugger it is. Jaw clamped. All friendly apart from the nasty little secret he’s keeping.

“Had to put him out in the garden. He’s still got it. I think he’s licking it. Still, keeps him off his balls for a while.”

Leonard is expected to reveal the mystery item within his mouth later today, when he vomits a large chewed cigar butt onto a rug.