Make money, shag about, do something you're good at: six reasons for Boris Johnson to drop this comeback shit

BORIS Johnson believes he can be prime minister again. Someone needs to explain to him these six reasons why he’ll be far, far happier when he isn’t:

He can make serious cash

Getting half-a-million a year for a lazy, tossed-off Telegraph column a week is forbidden when you’re leading the country, but the contract’s ready and waiting to be signed. Editor of the Evening Standard? Pissing off George Osborne while cashing in that favour from Lord Lebedev? Don’t mind if I f**king do.

He can stir the shit

And then there’s the memoir where you get to slag off every twat that kicked you out and destabilise their twat government. Serialised, of course, with fresh damaging revelations about Rishi, Javid, and every other prick who dared cross him making daily headlines. Will lose the Tories the election, but that’s their problem.

He can do something he’s good at

As a prime minister, Johnson was a f**king calamity. Out on your arse three years after a massive election victory is a towering negative achievement. But as an after-dinner speaker he’s gold, Latin jokes, roguish charm, fake bumbling and all. Plus he’ll get paid £100k a time and can cruise for a shag afterwards.

He can get back on the shagging horse

One of Britain’s most notorious shaggers has been stuck with the same bird for years now. He’s even had to marry her, because that’s what prime ministers do. Once out of office? The cock’s back out, entirely recovered from its sinus operation stroke vasectomy and ready to take on Tatler’s top totty.

He can go to America

Apart from dickheads who’ll pay £100k for a speech before he shags their wife, Britain’s sick of Boris. America, however, will lap that shit up. He says all the right-wing bollocks, he’s mates with Trump, he flatters all their prejudices about the posh English. Far better than dull woke Harry.

He won’t have to pretend to care

Giving half a f**k about others is not Boris’s strong point, because he never does and never has. Unfortunately, it was a key part of being prime minister during a pandemic. Come September he can drop all that and once again be the only person who matters in the entire world. What a relief.

The white van man's guide to going on holiday 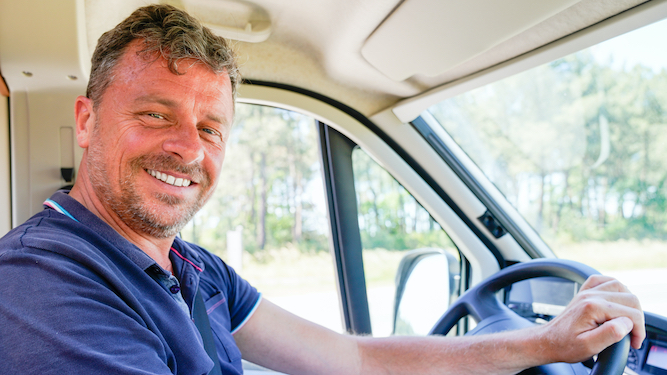 TIME for a well-earned break from being the salt of the earth? Here’s how to be bigoted and furious somewhere hot full of foreign bastards:

You can’t take the van with its St George flags, so always wear an an England top, Union Jack sunhat or Brits On Tour T-shirt listing D-Day and Dresden. Pack St George crosses for your hotel room and hire car. When foreigners shake their heads and sigh, it’s because they’re ashamed of being shit in the war.

You wouldn’t sit in traffic like a mug when you could cruise up the hard shoulder or mount the pavement, would you? Customs is exactly the same so go straight to the front. They’ll defer to your race’s historical achievements like Agincourt.

Not so much from a hygiene aspect – foreign food has come a long way – but because when you get home you’ll want to make jokes about them eating weird shit like squid. The last thing you want is your kid saying ‘You couldn’t get enough of those grilled sardines, Dad’.

You don’t need a van to shout abuse. Does a waiter fail to instantly understand your order? Use your fluent Spanish: ‘QUATTRO FULL-O EENGLEESH, PEDRO!’ Bar toilets not immediately obvious? Shout ‘WHERE. EEZ. THE. F**KING. BOGS?’ If they’re not willing to learn English they should work down mines and shit.

Begin mornings by the pool with a bit of history, such as how Sharpe’s Rifles defeated the Spanish Armada. It’s hard to beat the sense of parental pride when months later your youngest says: ‘The Spaniels are a bunch of wankers, aren’t they, dad?’ ‘Cowardly wankers, son,’ you’ll say, misty-eyed.

Show them how to drive

First thing you do in your hire car is stamp your authority on the roads. They drive on the wrong side, but your advanced driving skills like tailgating, overtaking on blind curves and controlling a vehicle while shouting obscenities will transfer over. They might not understand every word of ‘arsehole’, ‘f**k off’ and ‘greasy bum-boy’, but they’ll get the gist.

Spending your holiday in a state of rage while eating three fried meals a day is giving the old ticker a proper workout. But it’s worth having your insurance just on the off-chance that your heart explodes.