A MAN has been bombarded with the phrase ‘levelling up’ so much he has no idea what the f**k it means anymore.

Martin Bishop thought it made sense when he first heard it but having witnessed it being applied to everything from more jobs in Doncaster to cheaper air travel is beginning to suspect it is probably bollocks.

Bishop said: “Levelling up sounds good at first, but you hear it every sodding day. It’s like repeating a normal word like ‘sandwich’ over and over until it sounds totally alien. Sand… which. It’s got nothing to do with sand.

“Or witches. How weird is that?

“When you think about levelling up for more than 10 seconds, it loses all meaning. It’s making things level, but also making them go up. Can you level things down? What things anyway?

“I no longer know if it’s much-needed investment in struggling areas or meaningless bullshit with no plan behind to it to make Red Wall voters kid themselves they didn’t just vote Tory because immigrants.

“Given that it’s the thatched blond man-child’s favourite phrase, I’m pretty sure it’s the latter.”

Ways the Metaverse will be worse than real life 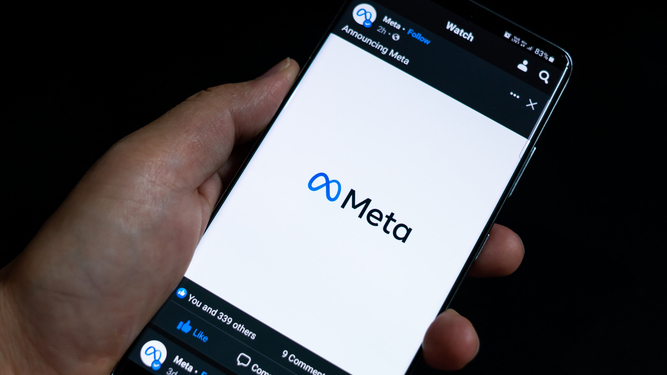 WILL Facebook’s exciting new online world be a digital oasis? Or a bit of a disappointment that’s increasingly a chore? Let’s look at the evidence.

The same people will use it

You can upgrade the technology but not the drongos you’re somehow Facebook friends with. If you think this new digital dawn will stop Alan posting pictures of his Mazda coupe or that Auntie Sandra is going to realise motivational memes like ‘Limits only exist IN YOUR MIND’ are subnormal platitudes, you’re wrong.

You’ll be more connected than ever

Being glued to your smartphone is bad enough, but now you’ll be connected to your friends and family 24/7 via ridiculous goggles strapped to your face. You’ll start taking an unnecessary number of showers just to tear them off. But not stop wondering if anyone has liked your hilarious quip about socks going to a different dimension.

Unless virtual reality can achieve Matrix levels or realism then it shouldn’t bother. Claiming that the Metaverse is the future of social interaction is hard to believe if the graphics are only marginally better than those on a Nintendo Wii. At least in Knightmare you got to unconvincingly climb onto a dragon.

None of your friends will be on it

All your friends abandoned Facebook years ago when they realised it was full of their mums and stalking their exes wasn’t healthy, so they’re probably not going to return to experience the Metaverse. You’ll just be sitting on your couch wearing goggles by yourself. Social interaction at its best.

Nick Clegg will be there

The former leader of the Lib Dems is a high-up at Facebook, so do you really want to hang out where he’s going to be? If you bump into Nick’s digital avatar you’ll want to run off because he talks like a Silicone Valley android now. Still not as cringe-making than his apology video, though.