HAVING secured an extra six months to sort out Brexit, Theresa May is celebrating with a big spliff and a proper rewatch of Buffy.

The prime minister was due to speak to the Commons but has decided there will be plenty of time for that next week or whenever, and that right now she is due some ‘me’ time.

Drawing heavily on her joint, May said: “Six months is shitloads. And it’s six-and-a-bit months, so the rest of April is basically a bonus.

“I’ve been meaning to do Buffy properly for ages – I catch the occasional repeat on TV, but you miss the way it develops when you don’t watch it in order – and it just feels like today’s the moment.

“The weed just helps me concentrate and get into it. Focus. It doesn’t demotivate me or make me forgetful or any of that nonsense. I’ll be fine.

“Yeah, so I’ll burn through season one by the weekend because honestly it’s not great but after that I’ll really let myself absorb it.”

May added: “Oh shit, I almost forgot I have to watch Angel as well, from season four. Still, plenty of time.” 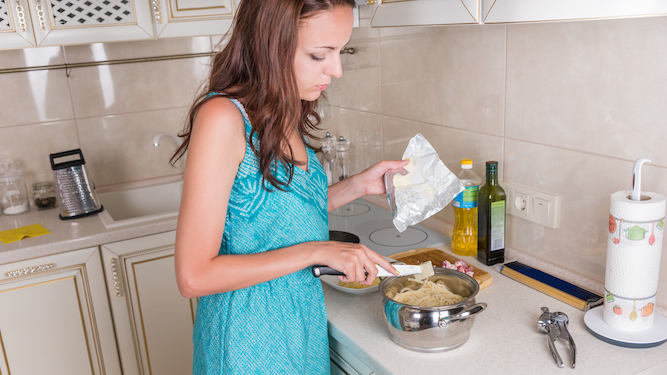 A WOMAN has discovered that planning a week in advance what she will eat for every meal really frees her from any spontaneous happiness.

Francesca Johnson had the breakthrough after spending ten hours batch-cooking bolognese and fish pie before freezing them in individual portions for maximum efficiency and bleakness.

She said: “Knowing there will be absolutely no spur-of-the-moment snacks or unexpected cravings fulfilled is like settling a big, grey blanket over my whole life.

“The last thing I want after a day chained to my desk is to have any free choice about what I eat. Instead, I simply defrost a pre-prepared serving like an organic robot.

“It’s also saving me loads because I’m not just spending on things I fancy, like nice ready meals or delicious Chinese takeaways, to cheer myself up of an evening. All that’s gone.

“Of course I introduce some variety, like whether I eat from a bowl or a plate.”