Me not getting what I want is a f**king emergency, says Trump

PRESIDENT Trump has announced that any situation where he does not get what he wants immediately is a national emergency.

After threatening to declare Congress not agreeing with him a national emergency, Trump now wants the same status for his hamburgers being late, the media ‘disrespecting’ him and soiling himself.

“I tell you, these are gonna be real emergencies. We’re getting the blue lights fitted on every government building. And a siren. I set them off with a button next to my bed.

“When I press the button, and it’s a beautiful button, a gold button, the sirens and the lights go off, the National Guard is mobilised and I’m allowed to do whatever I want. It’s in the Constitution.

“So if there’s a Democrat-controlled Congress, an illegal phoney witch-hunt Russia investigation or if I might lose an election, it’s an emergency, okay?”

Trump added randomly: “I was in Home Alone 2. That’s the most successful Home Alone movie. They wanted me to be the star, but the kid was under contract.” 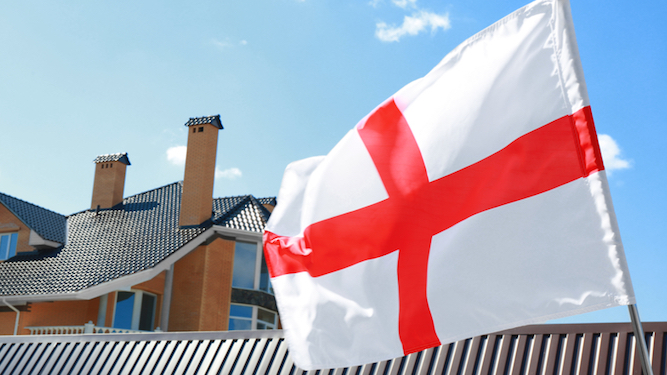 ARE you a right-wing bellend who thinks racism against white people is a genuine problem? Here’s how to enjoy a pleasing sense of victimhood.

Claim your culture is under threat

Vehemently claim ‘your culture’ is under threat, then when pressed for examples only manage to come up with random things like cricket, tea and the royal family that are about as threatened as Tyson Fury in a fight with Jacob Rees-Mogg.

Use an incredibly strange definition of racism

Basically: ‘people disagreeing with you’, even though you constantly spout bonkers patriotic nonsense any sane person would balk at, especially when you seem to think it’s still 1941.

On a practical level, what you call ‘racism’ is usually someone arguing with you on the internet. This is good, because real racism like job discrimination and people shouting abuse would take all the fun out of being a victim.

Criticising Brexit is racial prejudice against white Britons because they all support it, except they don’t, and the EU hates Britain, except that’s clearly bollocks. Apart from those minor points the logic is fine.

For example, convince yourself you could never be a BBC newsreader because you’re not an ethnic minority. Ignore the fact that you’re in no way qualified, have never shown any interest in a career in journalism and think the BBC should be blown up anyway.

Make up your own reality

Is the roughly 82% ‘white British’ population of Britain likely to die out? Yes. Are the ‘thought police’ likely to boot in your door at 3am? Yes. With a bit of imagination you can enjoy being the victim of racism every day!