REPUBLICAN presidential candidate Mitt Romney has concluded a visit to Russia by relieving himself on the casket containing the embalmed body of Lenin.

His actions follow insults to the British Olympics, a description of Luxembourg as ‘the turd that Germany forgot to flush’, and the recital of Dennis Hoppers famous speech from the film True Romance while visiting Sicily.

Russian president Putin forgave Romneys actions, reflecting that Yeltsin had done the same and worse when he had his drunk on.

While in London, the millionaire animatronic Mormon refused to believe that Dame Judi Dench was not the head of MI6, called Ed Miliband ‘some nerd asshole’ and flipped Londoners the bird when an announcement that his wife Ann was Welsh resulted in shouts of Burn the witch! Burn her!

Guido Westerwelle, Germanys Minister for Foreign Affairs, said: We Germans actually know quite a bit about communism, what with us either living next door to it or under it for 40 years, so we dont appreciate being told that having a minimum wage makes us all Fidel Castros cock-slaves.

Nor were we amused to hear Poland called the double-teaming whore of the continent, getting it in the front from Hitler and the back from Stalin.

Political commentator Emma Bradford agreed: Its quite a difference from 2008, when Barack Obama wowed a quarter of a million people in Berlin.

In contrast, Romney finished his visit by telling an audience of just under 400 in Romania that you bloodsucking medieval peasants aint good for nothing but ploughing and gonzo porn.

On hearing that Romney had alienated an entire continent, Texan voter Tom Booker III said: Shit, buncha cokehead socialist aristocrat faggots dont like him thats good enough for me. You got my vote, Mitt. 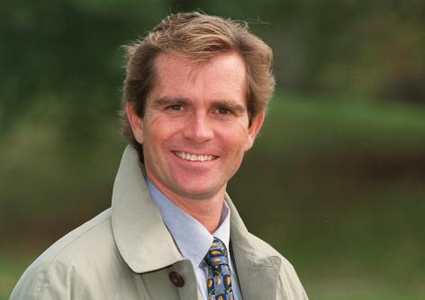 Disbelieving public says: “There’s no way this guy could be a sleazebag. No way.”