MPs once again excitedly clapping for someone they won't help

MPs have recaptured their 2020 lockdown high of frenziedly applauding someone they will offer no material aid to.

Members of parliament who missed the hypocritical buzz of clapping for the NHS while freezing their pay really enjoyed clapping Ukraine’s President Zelensky yesterday while he pleaded for help they will not give.

“I’ve missed it. I tried going along and clapping the English National Opera the same day I cut their funding by £20 million, but it just didn’t give me the endorphins.

“It really needs to be public. You need the eyes of the world on you as you clap, beaming proudly, everyone knowing that your support begins and ends with rhythmically banging your hands together.

“Honestly I feared it was gone forever. But after Zelensky did his marvellous Churchill speech and we gave him a standing ovation, knowing that we weren’t lifting one finger, I was high as a f**king kite.”

He added: “Maybe we could do a ‘clap for pensioners who can’t heat their homes’ this winter? Just throwing ideas out there.”

Six bands who wrongly believed they were smashing the system 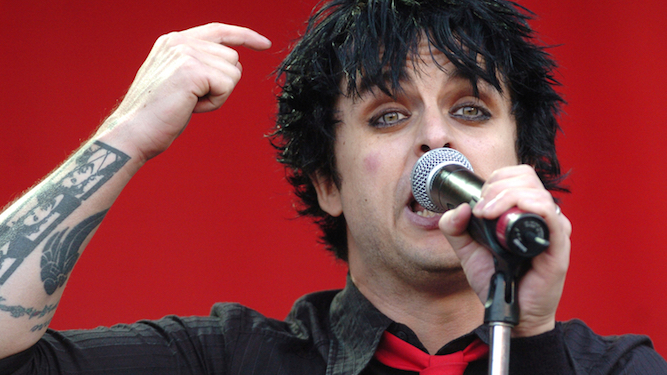 CERTAIN bands believe the powers-that-be are scared of their radical, dangerous message. Here are some that were a little bit deluded.

Chumbawamba were committed anarcho-communists for a decade before their one hit, ‘Tubthumping’, and that’s a long time to live in a squat. Sadly it was immediately co-opted as a beer monster dancefloor singalong. Also the lyric ‘He drinks a whisky drink, he drinks a vodka drink, he drinks a lager drink, he drinks a cider drink’ is so annoying it makes you want to join the Young Conservatives.

Went from being angsty punks fretting about meth abuse and anxiety attacks to really quite political, with their big hit ‘American Idiot’ highlighting the propaganda of ‘embedded’ US journalists during the Iraq war. Sadly the electorate DID want to be American idiots and voted for Bush a couple of months later.

Geri Halliwell in particular seemed to believe that ‘girl power’ was a genuine movement set to change society, like a pop version of Marxism-Leninism. The only problem was no one had a clue what ‘girl power’ actually was except a slogan to shout. Something about being nice to your friends?

The archetypal 80s anarchist band, with the usual interests of anti-fascism, animal rights, feminism, [insert your own left-wing concern here] etc. Their anti-Falklands ditty ‘How Does It Feel? (To Be the Mother of a Thousand Dead)’, did actually lead to a Tory MP asking a question in the Commons. However they had zero effect on Thatcher’s popularity and to this day Tory backbenchers are still attention-seeking wankers. Plus ca change.

A cool name and equally cool song titles like ‘Holiday in Cambodia’ and ‘Too Drunk to F**k’. Their wider impact is questionable, although they did cause panic at the BBC in case the latter song reached the top 30 and had to be listed on Top of the Pops. In the end, Tony Blackburn did refer to it, but as ‘Too Drunk, by the Kennedys’. Good to see TOTP getting its priorities right back in 1981.

Don’t let John Lydon’s sneering cynicism fool you – the Pistols thought they were pretty important. Sadly the sentiment ‘God save the Queen/And the fascist regime’ isn’t shared by the public and when she does pass away we’ll be looking at an epic national meltdown of grief with people hurling themselves off the cliffs of Dover (or pretending they want to).