WHILE Germany is piddling around cutting off their own gas supply to spite the Russians, I am leading the way by imposing these truly pitiless sanctions:

No points at Eurovision

It would be too cruel to ban Russia from Eurovision entirely, but that does not mean we cannot crush their spirits. Watching their dejected faces as they are snubbed by nation after nation will hit Putin where it hurts. I know it almost broke me.

Expelling them from the G8

I love being part of an elite gang that leaves out everyone else, and Putin’s twice the narcissist I am. Kicking Russia out would make him think again about this invasion. What do you mean they were suspended in 2014? Oh, it’s the G7 now? I knew that. I was joking.

You know what billionaire oligarchs like? Money. Freezing their accounts at every UK high street bank will put the mockers on their little game. They won’t have other accounts in other names because that’s illegal and they certainly don’t donate to me via shell corporations, I’ll tell you that.

Russia’s oligarchs love luxury British products like Marmite, Walkers crisps, Newcastle Brown Ale and episodes of the ITV drama Vera. I aim to stop all imports of these within the next six to 36 months. I’m afraid once that’s accomplished then Mr Putin will have a revolution on his hands.

A light slap on the wrist

Putin plays the hard man, but he’s actually intimidated by me. What other world leader is currently subject to a criminal investigation? I’m basically a gangster. He does not want slapsies from the Big Dog. I go to the Kremlin threatening that? He backs down.

Russia’s corrupt regime barely withstood the last visit from the Trussmeister in her furry hat with her stern words. Send her back and his regime won’t last a day. He’ll give us anything to avoid that, including the whole of Ukraine, which would come in handy actually. 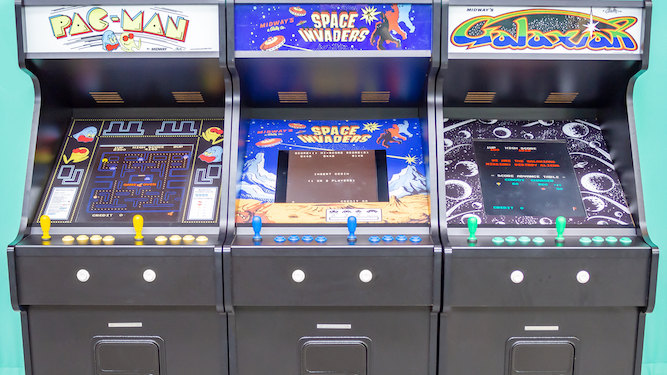 UNCHARTED, based on a PlayStation game, is a box-office hit so inevitably Hollywood will greenlight films based on these 80s classics:

Tom Hardy will star as Hen-House Harry because only he has the physical presence needed to play a farmer struggling through 40 levels of malevolent chickens and the relatability to bring true emotional depth to his Ahab moment of being pursued by a giant duck.

This spooky 48K medieval adventure merits a director of Shakespearean gravitas: Sir Kenneth Branagh. With Chris Hemsworth as the knight struggling to overcome his problem of only being able to carry three items at once, and comic relief from Tina Fey as a serf. Will they escape the castle, which is a metaphor for capitalism?

An athlete pushes himself to the limit. Ten events. Only three lives. Admittedly the limited gameplay of hammering buttons to make Daley compete needs development. Perhaps Daley is a war veteran who wrongly blames himself for the death of his best friend? Worse ideas have won Oscars.

Toy-based mecha game in which you died rapidly without any idea what was going on. The futile and depressing film version would be right up Lars von Trier’s street.

A buddy movie about two dinosaurs trying to rescue their girlfriends from the Cave of Monsters? It’s a wonder it hasn’t been made already. Seth Rogan and Jonah Hill play heroes Bub and Bob, popping bubbles and beating baddies until they discover final boss Super Drunk was their parents all along.

Guaranteed box office gold. Although the game was mainly notable for a strong walking animation, it had a fantasy setting and an Irish theme, and Americans lap that shit up. Liam Neeson to star, Colin Farrell as his sidekick, release it on St Patrick’s Day.

An arcade favourite which, like Marvel, has a ready-made fanbase of nerds nostalgic for their wasted youth. The story would just be a series of near-identical space battles, but in what at the time was a mind-blowing twist – spoiler alert – the aliens peel off and dive at you. M Night Shyamalan to direct.