VOTERS have demanded clarification after being told that whoever they vote for they are actually voting for someone else.

As every party warns that voting for anyone but them will let another party in by the back door, bewildered voters are struggling to find a way to turn their vote into anything but another disaster.

Tom Logan of Dundee said: “I was going to vote SNP, but apparently that’s a vote for the Tories and if they win then they’ll be puppets dancing on UKIP’s strings, so that’s out.

“So I thought I’d vote Green, but that weakens the Lib Dem vote, leaving the Democratic Unionists as Westminster kingmakers and making the late Ian Paisley our new patron saint.

“Then I was told that if I vote UKIP, the Tories will lose and Labour will get in with no choice but to follow the SNP’s radical taxes-pay-for-public-services agenda, which is what I originally wanted.

“But I can’t shake this nagging suspicion that if I vote UKIP, I might actually end up voting UKIP.”

Please stop f**king around with your eyebrows, women asked 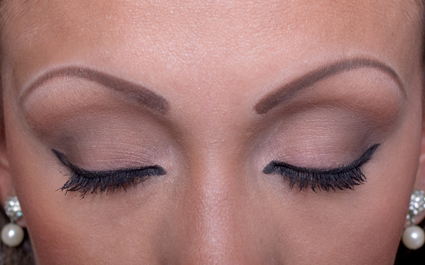 WOMEN have been asked to stop dicking about with their eyebrows because it looks ridiculous.

Professor Henry Brubaker of the Institute for Studies said: “Why in the name of f*ck would anyone yank out the hairs above their eyes and then paint or tattoo them back on?

“Even if your eyebrows are not perfect, guaranteed they look better than if they were drawn on with a glorified Sharpie.”

32-year-old Emma Bradford said: “Thanks to high quality reality television and adverts I realise that my natural features are wrong.

“I must augment my looks with an array of products and procedures because otherwise men will shun me and my life will be like Sissy Spacek’s in the film Carrie.

“The ‘scouse brow’ thing is old hat though. I buy pairs of fat black garden slugs and glue them onto my forehead.

“They are designer slugs from a top studio in Paris.”