They can have sex because their tax returns are done

A spokesman said: There is no reason why steamy erotica cannot be combined with reminders to eat your five-a-day or file your self-assessment tax returns.

For example, in Frustrated Minumum Wagers, a wife romps with a pizza delivery man while explaining the Working Tax Credit system for people on low incomes.

David Cameron has put in a surprisingly energetic performance as an 18th century landowner in Lord Hector’s Wild Oats.

However I would warn that Theresa Mays She-Wolf of The Border Agency is strictly for specialist tastes. 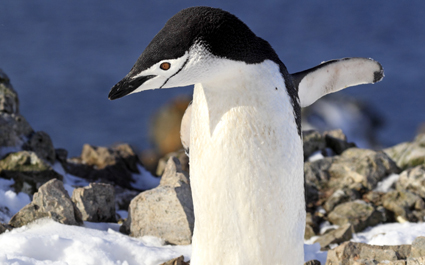 ANTARCTICA is bracing itself for weather conditions usually reserved for Lancashire.

Weather alerts have been issued for Antarctica with meteorologists warning that a Northern English front is on its way.

The last Northern winter to hit the continent left a trail of devastation and runny noses and the resident population is worried temperatures could plunge as low as Bolton on a Wednesday night.

Research scientist Bill McKay said: “We’ve already had some of that drizzle that doesn’t exactly necessitate an umbrella but still drenches you within an hour.

“Within the next week we’re expecting it to get really chilly and to need frequent cups of tea.

“The penguins are already starting to look morose.”