Salmond to seek independence for England

ALEX Salmond is to stand for Westminster to fight for English independence from Scotland.

“Shortbread is neither a biscuit nor a cake”

The former SNP leader will contest the seat of Gordon on a radical English separatist programme, pledging to cut all ties with the Scots and construct a new political system in which Scotland is not included.

“The time has come to break free of their tyranny, reassert our national borders, and reclaim the word ‘sassenach.

On behalf of all English citizens, I promise to relieve you of oppressive foreign burdens, like Trainspotting posters and North Sea oil.

“And you can keep Trident, and Prince Philip, and your eye-watering levels of national debt. I mean, we can keep all those things.

“We English people. From England.”

Central to his plans are the repatriation to Edinburgh of any footballers with red hair, a 400-metre wall along the border and a campaign for Roger Moore to replace Sean Connery as the nations favourite James Bond.

Supermarkets are food banks 'if you have agile fingers' 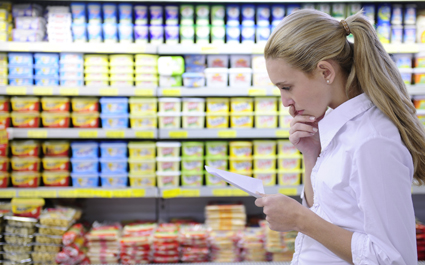 POCKETING things at the supermarket is like going to a really good food bank, it has been claimed.

Professor Henry Brubaker of the Institute for Studies said: “The government isn’t going to do anything about food poverty, but then why should it when Britons can just wear a big coat to Tesco? Or Waitrose if you are more aspirational.

“Those places are massive and literally packed to the rafters with delicious food. You just need nifty fingers, loose-fitting garments and a bold attitude.”

Mother-of-two Mary Fisher said: “Going to a food bank is ok if you like out-of-date Heinz soup. But the old five-finger-discount from the supermarket is much better.

“Right now I’ve got a lobster up my jumper. I told the security guard it was my left breast and he backed away.”