All white people look alike to me, says Nuttall

UKIP leader Paul Nuttall admitted he got names wrong in the leadership debate because he cannot tell white people apart.

Nuttall confessed that he called Plaid Cymru’s Leanne Wood ‘Natalie’ because the ethnic names confused him and they all look virtually identical.

He said: “Seriously, it’s not that one from the Greens? Well you could have fooled me.

“Sharp nose, thin lips, I suppose the hair is different but not so’s you’d really notice. I think they do it deliberately.

“And the accents, dear God. That Nocola or whatever she’s called. You can’t tell me she was speaking English. It was just gobbledegook.

“I don’t know why they have to take it badly. They must realise there’s not a fag paper between them.”

He added: “They go out looking to be offended, that’s their problem. It wouldn’t bother me at all if they mistook me for Jason Statham.” 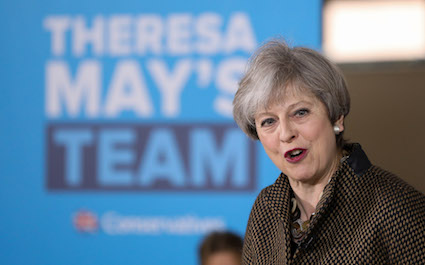 THE Conservatives have reassured wealthy voters that there are loads of loopholes in their death tax and they will not lose a penny.

The tax is intended to take any inheritance above £100,000 to cover care costs, but senior Tories have confirmed that it will only apply to the little people.

A spokesman said: “Anyone with property worth £500,000 or more who’s worried about this just needs to get a good accountant.

“This isn’t for us. Like all Tory policies, it’s targeted at those drab middle-earners living in their awful cul-de-sacs, to make sure they don’t help their pinch-faced offspring up the social ladder.

“Of course, if you’re truly rich, then death taxes are irrelevant. Death is something we’ve moved beyond.”