VOTERS across Britain have expressed outrage at Lord Ashcroft's ability to avoid more tax than them.

The billionaire Tory donor has used his non-domiciled status to lower his tax bill by an estimated £127 million leading to demands  he conduct a mass tutorial at Wembley Stadium using short, simple words and an easy-to-follow Powerpoint presentation.

Julian Cook, an economist at Madeley-Finnegan, said: "Lord Ashcroft is one of around 60 million people in Britain who want to pay less tax.

"He does this by hiring an accountant who reduces his tax bill by as much as is legally possible, sends him an invoice and then everyone goes about their day. As you can see it's all incredibly evil."

Based on current UK tax law, Ashcroft has structured his financial arrangements so that his thighs, knees, eyebrows and chin spend at least half the year on a 4000 acre satsuma plantation in Belize while his arms, his torso and the remainder of his face live in a luxurious three bedroom duplex overlooking Hyde Park.

According to his accountants the constituent parts of his body are joined up twice a year in Monaco where they are able to eat a roast chicken, enjoy a glass of Chablis and go to the toilet.

Labour has seized on the revelations, insisting Lord Ashcroft's ability to make vast amounts of money and hang on to as much of it as he possibly can shows the Tories cannot be trusted with the nation's finances.

A spokesman said: "By failing to persuade the Telegraph and the Mail to go on and on and on about all the non-domiciled Labour donors who have done exactly the same thing, David Cameron has shown an appalling lack of judgement."

Meanwhile Nathan Muir, a Guardian reading Labour voter from Highate, insisted: "If I was a multi-millionaire I would pay all my tax at the full rate because I want to help build a fair and equal society where every child has a chance to be all they can be."

Julian Cook added: "As an economist the only problem I have with that statement is that it's a massive fucking lie." 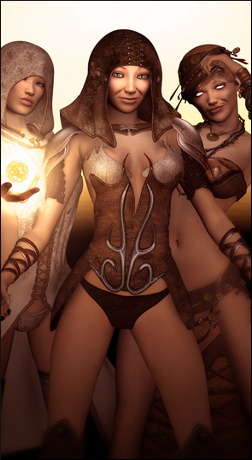 NETWORK problems with the PS3 console have left thousands of level three wizard-knights desperately seeking news from the sacred sky lands of Asgharoth.

Many have pleaded with Xbox owners to forward messages to their made-up loved ones in the fantasy world as Sony engineers work to restore access to their only form of social interaction.

Game moderators have described the mood in the Asgharoth as 'tense, but stable' with only minor instances of unrest and looting amongst the troll community.

Balruzul the Considerable, also known as Martin Bishop from Grantham, said: "The fortress of Benshazar is unguarded, the Qalziel Spider Gem remains lost and the forces of The Shadow Horn mass in my absence. I can't play FIFA online, either.

"I have invested most of my life in becoming a reputable and feared figure in the local Warlock community and without access to the Crystal Sword of Kalrazamel all will be undone, probably by some 12-year-old Korean child with over-developed thumbs."

IT expert Tom Logan said: "There's a problem with the internal clock in some machines which has made them think it's actually 1999, meaning most of the games now look like confusing Eastern European cartoons recreated in Lego.

"Unfortunately this time shift does mean the consoles will have to repeat the Bush presidency and Britney Spears' entire career. And at some point in 2013 they are going to start getting very boring about The Wire."

Balruzul the Considerable added: "This impasse has also got me wondering what my Asgharothian achievements mean in the wider context of the all-too brief spark of consciousness mankind is given on this glittering jewel of a planet.

"Suffice to say it's not going to help with my self-esteem related Pringle bingeing."