Are these the arms of a supervillain? asks May 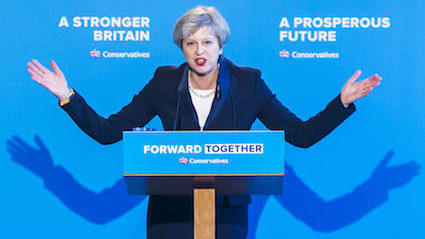 THERESA May has asked Britain if her arms look like the freakish limbs of a supervillain who chokes life from her enemies, or not.

The Conservative leader said that if the country honestly believes that she resembles the secret leader of a global terror organisation called something like S.Q.U.I.D, it should say so.

She continued: “Be straight with me. Do I look evil?

“Can you imagine me assuming my true form in some kind of underground headquarters, extra limbs bursting from my clothes, my face contorting to a cruel beak? Just say.

“If you can’t sleep for thinking that my phantom hands are around your throat, even while I’m laughing hundreds of miles away, I’d rather know.

“No. No, I didn’t think you suspected I was sent here as vanguard of an interstellar invasion force to take the Earth’s water. I was just checking.”

Voter Norman Steele said: “Oh yeah, she’s definitely plotting to control the world’s nuclear arsenal and force us all to slave in her yttrium mines.

All white people look alike to me, says Nuttall 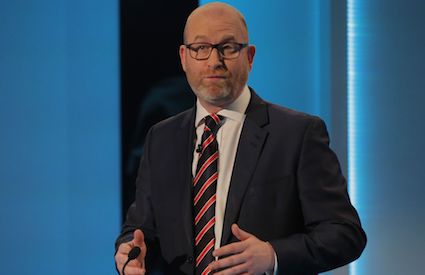 UKIP leader Paul Nuttall admitted he got names wrong in the leadership debate because he cannot tell white people apart.

Nuttall confessed that he called Plaid Cymru’s Leanne Wood ‘Natalie’ because the ethnic names confused him and they all look virtually identical.

He said: “Seriously, it’s not that one from the Greens? Well you could have fooled me.

“Sharp nose, thin lips, I suppose the hair is different but not so’s you’d really notice. I think they do it deliberately.

“And the accents, dear God. That Nocola or whatever she’s called. You can’t tell me she was speaking English. It was just gobbledegook.

“I don’t know why they have to take it badly. They must realise there’s not a fag paper between them.”

He added: “They go out looking to be offended, that’s their problem. It wouldn’t bother me at all if they mistook me for Jason Statham.”