MAYOR of London Boris Johnson is the owner of a record-breaking chicken it emerged last night.

The 6' 8" bird lives in the back garden of Mr Johnson's West London home, where it is usually disguised as a policeman.

The mayor purchased the chicken last October and feeds it with a mixture of sweetcorn and fresh peas using the £250,0000 he receives for writing a weekly column in the Daily Telegraph.

Mr Johnson said: "He's a cock and he's called Max, after Max Hastings, who gave me my first job at the Telegraph covering the EU Poultry Commission in Brussels.

"The plan is to fatten him up, kill him, roast him and then hand out chunks of thigh to all the jolly poor people of London so their bellies are full over Christmas.

"'Oi, Mr Boris', they'll say, 'give us another lovely chunk of giant chicken', and I'll say, 'now, now you cheeky rapscallions, you've had your share, back to the gutter with you or you'll feel the lick of my driver's whip'. What larks."

He added: "I will of course be keeping the breast and leg for myself, which is only fair as I put a huge amount of thought and effort into the earning the money to buy the feed, as anyone who reads my column will no doubt confirm."

Mr Johnson could now face a showdown with Conservative leader David Cameron who has instructed his shadow cabinet to give up their giant chickens.

Londoner Tom Logan said: "If you've got a big chicken then you need a lot of feed, but what really concerns me is why the Telegraph is handing over 250 grand when nobody gives a fuck if Boris Johnson writes a column or not."

Women To Force Hat-Stand Into Anus Of Male Midwife 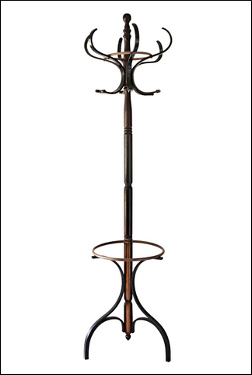 THE senior male midwife who criticised child-birth painkillers will today have a hat-stand forced into his anus, women have promised.

Dr Denis Walsh will be dragged from his office and taken to a paddling pool in the car park where three strong women will hold him down while another two take a seven-foot, solid pine hat-stand with six large curved coat hooks and put it in him.

Emma Bradford, a pregnant lady from Peterborough, said: "No painkillers, no epidurals, we want him to be able to bond with the hat-stand.

"And of course there are potential health risks if you use painkillers while a hefty, awkwardly-shaped piece of hall furniture is shoved as far up your lower intestine as we can get it.

"The pain of hat-stand insertion is a beautiful, natural thing, but if he's worried then perhaps he could try hypnotising himself into thinking that none of this is happening while we use the hat-stand to convince him that it is."

She added: "We've set up the paddling pool, or 'hat-standing pool' so that he can see for himself exactly how much difference that will make."

Jill McKay, from Doncaster, said: "If he needs something to take his mind off the searing pain in his anus I'd be more than happy to take a pair of pliers to his testicles."

Dr Walsh said: "I take it all back. It was obviously a joke. Look, I've not been well. Get your hands off me. For Christ's sake someone call security.