TEST match cricket was declared stupid last night after England drew with Australia despite being much, much worse at cricket than them.

England can now claim to be just as good as Australia as experts warned it will soon be impossible to attract young people into the game if you cannot win no matter how much better you are than your opponent.

Denys Finch-Hatton, consultant editor at Wisden, said: "Australia have essentially just drawn a test match against a team that seemed to consist mainly of second-hand furniture.

"I'm not saying the furniture was good, or plucky, or showed great character, I'm saying that someone dumped an old chest of drawers in front of the wicket and the Australian bowlers were unable to spin their way round it, when it wasn't being treated for scratches."

Experts say Australia may have been forced into a draw after a little known by-law was used to assess their score in dog years.

The passage in the rule-book, written in bright green biro, states any player involved in totals over 600 not holding a British passport will have their score divided by seven.

Meanwhile England's Paul Collingwood insisted he was confident of another inexplicable draw at Lord's, adding: "It's looking good as long as Kevin Pietersen stops waving his bat like he's doing a voodoo dance and someone explains the rules to Stuart Broad."

Almost Half Promise To Find Out Where Afghanistan Is 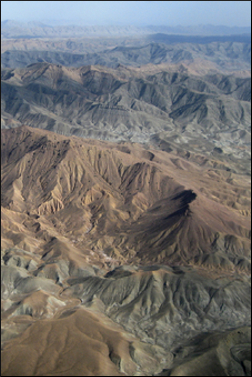 MORE people know where Afghanistan is compared to three years ago while thousands more have promised to look it up on Google, according to a new poll.

In a stunning success for the government's war strategy, almost 20% of Britons can now point to the troubled nation on a map, though less than 10% knew why they were being asked to.

Around a fifth knew that Afghanistan was nearer to China than it was to Britain, but most of them then pointed to Cambodia or Hawaii.

Meanwhile more than 30% pointed to the Falklands, while another 12% pointed to Scotland, including a large number of Scottish people.

A Ministry of Defence spokesman said: "At this rate it will take less than a decade until more than half the people in Britain know where Afghanistan is, at which point we can begin to explain why we are fighting there.

"And if that goes well then five years after that we can start giving the soldiers some proper hats."

He added: "We have to accept that when it comes to getting people to be able to point correctly to a country on a map we are in it for the long haul."

Bill McKay, from Newark, said: "Why are we still fighting in Afghanistan? Does the Union Jack not fly over Port Stanley? Did General Belgrano die in vain?"

Martin Bishop, from Stevenage, said: "Afghanistan? Is that the oil or the heroin? Or has it got something to do with caves? Are those the caves where the 9/11 bombers stashed all their oil and heroin? Have we not found it yet?"

Margaret Gerving, from Hatfield, added: "September 11th 2001 was an awfully long time ago. There have been many, many episodes of Celebrity Masterchef since then and I had to make room for them in my brain."