Brexit going so well we're now at war with France

The UK’s exit from EU rules took place only 19 weeks ago and already the country has seen rioting in Northern Ireland, threats to cut off vaccine supplies and now has sent two gunboats to Jersey for an armed conflict with our nearest neighbour.

“With luck this little brouhaha in the Channel will escalate and we’ll soon be at war with France, the source of up to 40 per cent of the vital imports this country so desperately needs.

“With the rest of the EU blockading us in solidarity, we’ll turn to America only to remember that Trump’s gone, Biden’s Irish, and US troops are being deployed to Dublin in a classic pincer movement.

“Rationing will begin just like in the good old days, the youth will be drafted, Scotland will revolt and overthrow Westminster rule, and Boris will hold torchlight rallies demanding the total destruction of our enemies, sponsored by the Daily Mail.

“By the end of 2021 buccaneering, global Britain will be at war with the entire world, and of course itself. Because that’s Brexit, baby.” 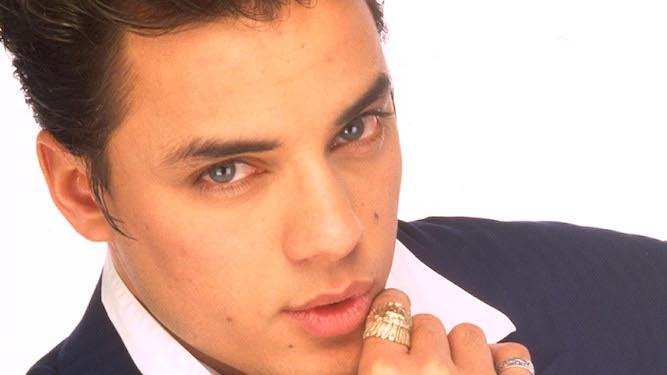 Stylish but not without issues. Firstly: putting rocks in the washing machine. Nick may be handsome, but machinery belonging to a small independent business is not his to break. Secondly: stripping down to his pants. The advert becomes a lot less cool if Nick’s only clothes are a single t-shirt and one pair of trousers.

How we fell in love with these adverts where they said ‘XXXX’ instead of the forbidden word for copulation. They were actually genuinely funny little sketches, marred only by the fact that the lager was absolute rat’s piss.

Two yuppie-type wankers flirted in a dysfunctional way over instant coffee like androids. The casting was surprisingly top-end, with Anthony Head (Buffy the Vampire Slayer) and Sharon Maughan (RADA stalwart). It was like casting Patrick Stewart and Cate Blanchett in an advert for White Lightning.

A chilling portent of ultra-cynical, annoying adverts to come. It’s possible the makers thought ‘You do the shake and vac and put the freshness back’ was just a fun ditty. More likely they realised that annoying the f**k out of people with this horrible earworm would have them reaching for the Shake n’Vac like Pavlov’s dogs.

All because the lady loves… a stalker? Why was a Poundland James Bond constantly delivering crap milk chocolates? Did he have special forces training? Would she have preferred some classier dark chocolates? Did they know each other or was she scared? So many important questions remain unanswered.