THERE is apparently a ‘House of Lords’ which should be abolished immediately, a Brexiter has discovered.

Following yesterday’s government defeat on the EU withdrawal bill, Stephen Malley of Uttoxeter has added the second chamber of parliament to his list of institutions which must be destroyed.

He said: “Two legislative bodies in a single building? Who knew?

“This is like when I found out we have an independent judiciary all over again. And then there was the unpleasant shock of Northern Ireland.

“I’m learning a lot on this whole Brexit journey, though of course sadly most of that knowledge’s useless because they’re all traitors who’ll be tried and exiled for their crimes fairly shortly.

“All we need is one supreme ruler for life and the people will decide everything else by referendum. Which we’ve had. In 2016. And we’re not having another one because we won.

“It’s called democracy. Fuck off if you don’t like it.”

I can't believe that f**king worked, says May 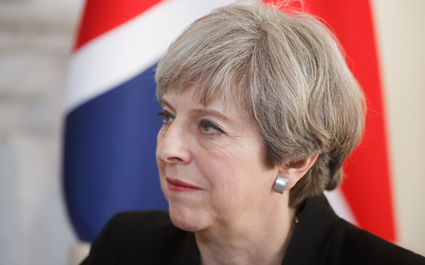 THERESA May is stunned that Amber Rudd’s resignation caused everyone to forget the Windrush deportations were entirely her idea, she had admitted.

She continued: “Honestly, Theresa. Your whole life you’ve been doing this but somehow you still credit them with basic intelligence.

“I kicked several members of the Windrush generation onto one-way flights personally.

“But a Sunday night resignation letter from the woman I forced to be my Mini-Me and suddenly everyone’s like well, that’s been dealt with, let’s move on. And I’m like, seriously? I got away with that?

“Clearly I can bugger up Brexit as badly as I like, because I’ve got three fall guys for that one. Fox then Johnson then Davis, in that order.”