BRISTOL has elected a Conservative mayor because most of the city’s population was stoned and forgot to vote.

New mayor Tim Bowles acknowledged the circumstances of his victory and thanked local weed dealers for their help.

He said: “The only way I was going to win was if a significant number of people were completely toasted and had no idea what day of the week it was, never mind the fact there was an election.

“Not that I have to ask, but please do keep sucking down your funky cigarettes while I go about my nefarious business.”

Stoned Bristol resident Tom Logan said: “Really? Oh. Well that’s not good. I need to get my shit together. Maybe next week, or the week after.

“But right now I just need to stand in the street in broad daylight have a smoke of this delicious, locally grown cannabis.” 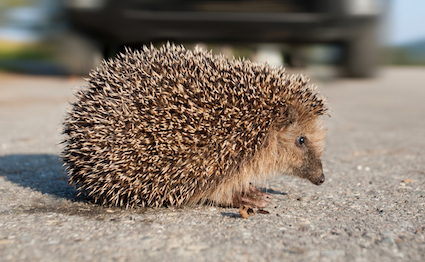 UKIP has been flattened in the local elections like a hedgehog under a convoy of HGVs, it has been confirmed.

The party, which has no discernible reason to exist after Theresa May discovered she agreed with them all along, now has no MPs, no councillors and is drying out on the hard shoulder while being pecked by crows.

Political analyst Susan Traherne said: “We could accurately sum up UKIP’s night with the single word ‘splat!’, but why not savour this?

“The party, which spiked itself up like it was all hard and tough and nobody better mess with it, has been crushed so utterly it is now entirely two-dimensional.

“UKIP is so flat you could post it with just an ordinary stamp. You could slip it under a door. You could fax it.”

Wayne Hayes, a voter from Lincoln, added: “I am a bit worried about all these UKIP councillors being released back into the community.

“They are going to keep spouting their stupid bullshit, but now they’ll just do it in the pub.”