Brown Hails 'Budget From The Future'

THIS month's budget will be the first to be beamed into the House of Commons directly from the future, Gordon Brown has revealed.

The prime minister said Britain's economic recovery would be based on electric bubble cars, floating skateboards and nuclear De Loreans powered by bits of old fruit.

In an interview with the Independent, Mr Brown revealed that chancellor Alistair Darling has travelled to the year 2060 to gather evidence of future transportation methods as well as the results of every sporting fixture for the next 51 years.

He said: "Everything is going to be electric and we'll be able to make electricity from potatoes and banana skins. It will cost a lot of money but we can afford it because we can bet on all the horse races and stuff."

Dr Julian Cook, director of political psychiatry at Reading University, said: "It has been fascinating to watch the steady evolution of the prime minister's dementia over the last few months.

"From thinking he was not only Spiderman but also his own arch-nemesis Doctor Octopus, to claiming he had created a new world order in a shed in the Docklands.

"And now he seems to be living in some kind of electric fantasy world where we all drive around in banana-powered De Loreans and wear self-fastening shoes. I'm really going to miss him."

A beleaguered Downing Street spokesman said last night: "He had a Back to the Future marathon after the G20 and it got him all worked up. Seriously, just forget it." 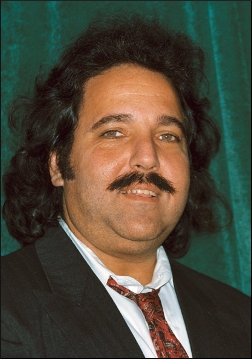 HOME secretary Jacqui Smith has changed her name to 'Trixie Beaver', it was confirmed last night.

Ms Smith said the new name was a major step forward in her drive to complete the pornification of the Home Office by the end of this year.

All male staff will be given three weeks to grow a thick moustache, while all female staff higher than grade four will now be known as 'vixens'.

Meanwhile junior female staff will be told to behave like young, naive country girls who have just arrived in the big city and are willing to try anything once.

Later this month Ms Smith and a delegation of senior Home Office officials will embark on a fact-finding mission to the US city of Dallas in a bid to find out exactly what Debbie did and where she did it.

Other government departments are expected to follow suit over the next six months with the Department of Health finalising a series of pamphlets on oral fun.

But chancellor Alistair Darling stressed there were no plans to pornify the Treasury as it has been fucking Britain in a wide variety of exotic positions for over a decade.