Brown To Regain Initiative By Admitting Schools Are Rubbish

GORDON Brown is hoping to regain the political initiative today by confirming that Britain's schools are so much worse than they used to be.

The beleaguered prime minister will deliver a keynote speech filled with half-baked ideas while underlining the fact that some schools are so bad that they really need to be shut down immediately.

Mr Brown is expected to say: "Amid the froth of political gossip our education system remains my biggest priority and my God if it's not in a right fucking state."

A senior Downing Street source said: "The public sees us as divided, corrupt and incompetent so it is absolutely the right time to get the focus back on policies and remind people that we have failed in absolutely everything we set out to do."

On Wednesday Mr Brown will make a keynote speech insisting that despite 12 years of pay rises for doctors and nurses, the NHS is still a pile of old shite.

And on Friday he is expected to unveil a series of law and order initiatives emphasising that after more than decade of big, fancy promises Britain remains an insanely dangerous place to go for a stroll.

Downing Street is also working on a new plan to give apprenticeships to absolutely everyone, including all the existing apprentices who are currently taking part in each of the government's last four apprenticeship schemes.

Meanwhile, as Labour risks being relegated to 14th place in the upcoming European and council elections, the Natural Law Party is planning a comeback by targeting disillusioned Labour voters with the slogan, 'For Christ's sake, you may as well'. 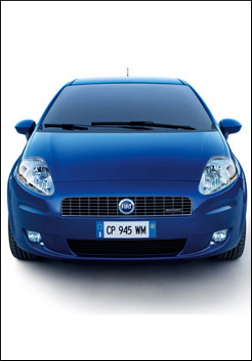 ITALIAN car maker Fiat has unveiled plans to take over Vaxuhall, insisting the British-made cars are still not quite rusty and unreliable enough.

Fiat wants to buy General Motors' UK and German brands to a create a new pan-European third-rate car giant to compete with the likes of Volkswagen in its dreams.

A Fiat spokesman said: "If you kick a Vauxhall Astra only the rear bumper falls off, while the Corsa does not have the same all-over, reddish-brown hue of a typical Italian hatchback.

"On the other hand, if you so much as cough near the new Fiat Punto, both the bumpers literally fly off in opposite directions, the doors drop off their hinges and the headlights fall out like some kind of clown car. And then it explodes."

He added: "Under our plans Vauxhall will produce a range of exciting, eco-friendly cars that may not get you to the end of the street but will provide a useful storage space for people who don't have attics."

British brands have an impressive history when it comes to foreign takeovers. In 1994 BMW bought Rover, before offloading it six years later as if it was emptying a chamber pot into a gutter.

Fiat pointed to its strong track record in rescuing troubled manufacturers. Alfa Romeo now makes stylish cars that are bought by discerning drivers who appreciate good design but have no desire to go anywhere, while Lancia has not sold a new car since 1977.

Meanwhile Fiat is also hoping to acquire the US giant Chrysler with a view to integrating its staggeringly unsuccessful technology and useless design know-how into its inexplicable strategy.