Burden should fall on those with the most character, says Osborne

OLD people must bear the burden of the top rate tax cut because they are so good at it, George Osborne has insisted.

The chancellor said he took money from OAPs and give it to millionaires because they are always going on about how they can cope with hardship so much better than the younger generation.

Defending his weird, asocial Budget, Mr Osborne said: “At a time of sacrifice, it is only right that those sacrifices are made by people with lots of practice.

“It would be unfair to expect the shallow, vapid rich or bubble-wrapped middle class professionals under 50 to suddenly develop some character.

“If I had increased taxes for wealthy, spineless people they would be crying in the street and embarrassing everyone.

“Older people have been wise enough to build-up valuable reserves of fortitude so that they now have the decency to weep in the privacy of their own home.”

He added: “Meanwhile, poor people are wonderful characters who shake off their misfortune with a joke and a dirty song. I could make life a lot easier for them but I would be hacking away at the very foundations of British folk music.”

Margaret Gerving, a retired headmistress from Guildford, said: “Personal allowances? I shit ’em. You’ll have to do better than that you pointless little fart.”

Mr Osborne said he will tax rich people when they stop consoling themselves with luxury goods every time they feel a bit sad. 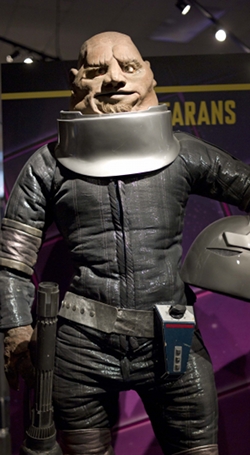 Geoff will join the long running children’s television programme later this year when current sidekick Amy Pond will regenerate herself as a real human being called Karen Gillan.

Producer Steven Moffat said: “While having a young poppet in a short skirt has done the trick on-and-off for the last 40-odd years, I thought it’d be interesting to have an assistant who, when faced with a Sontaran, would just hoof it in the jewels and ask the Doctor whether he fancied a pint.

“They will still have that ‘will they-won’t they?’ chemistry, only this time the question is whether Geoff will eventually deck the doctor for looking like such a ponce.”

Whovianst Nathan Muir, said: “I have enjoyed being shacked up with Amy Pond in the basement flat of my mind for the last two years. But I have pledged my fealty to Lord Moffat and will go wherever he leads me.”

Geoff, played by the actor Billy Wright who shouts the word ‘Wonga!’ in the Envirophone ads, will be introduced in the episode ‘Doctor Who & The Pub Brawl’ which sees the Tardis land in the middle of the Flag & Tattoo during a regional darts quarter final.

After dealing with a group of EDL supporters using his tried and tested plot shortcut, the sonic screwdriver, the Doctor sees Geoff coming out of the Tardis with a Daily Star under his arm, zipping up his fly and uttering the new catch phrase: “I’d give it 10 minutes if I were you.”