But there was, you know, says Samantha Cameron reassuringly

SAMANTHA Cameron is struggling to reassure her husband that he did a great job and everyone does not hate him.

After quitting as an MP, David Cameron lay with his head in his wife’s lap and asked her what she thought his greatest achievements were.

David Cameron said: “Try to be a bit more specific. I know deep down that I’m great but sometimes I think that almost everyone else in the country reckons I am a giant arse.

“Or, worse, that they see me as indistinguishable from hundreds of other ruddy-cheeked alpha male toffs and thus no more memorable than a mid-morning packet of crisps.

“So let’s focus on the positives. What went really well?”

Samantha Cameron replied: “Um. Gosh I don’t know, there’s such a choice, it’s like trying to name your favourite chocolate in a box of Roses.”

David Cameron said: “That’s easy, it’s the toffees. We both know I like the toffees and you like the swirly hazelnut ones.

“I properly fucked it up didn’t it?” 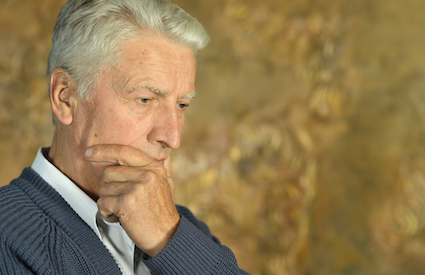 A MAN who claims to love traditional British values cannot explain what they are in any detail.

After a report claimed British values were under threat, sales manager Roy Hobbs affirmed his belief in them but could only give the examples of Christmas and possibly ‘determination’.

Hobbs said: “We’ve got to stand up for British traditions like Christmas, although I tend to focus more on the presents and getting pissed for two weeks than the Jesus stuff.

“I couldn’t give you a full list of British values off the top of my head, but ‘fair play’ and ‘determination’ are probably two of them. Maybe ‘drinking tea’ as well.

“The details aren’t important, we just have to defend British values before political correctness makes us celebrate Islamic Winterval. My family will be having a traditional British Christmas with lots of sherry, new games for the Sony Playstation and a good Pixar movie.”

“Immigration is the biggest threat to our values because of them all coming here with a totally alien culture of differently shaped bread and sausages.