DAVID Cameron’s aides have spent the day fielding thousands of offers to buy ten seconds alone with him.

With the going price for an audience with the Prime Ministerbot calculated at approximately £70 per second, people have been raiding their savings and pondering what words they will use during each expensive moment.

Carlisle taxi driver Wayne Hayes said: “I had £500 set aside for a holiday but I reckon I’d rather spend it on the seven seconds needed to call him a shiny-faced suit full of piss.

“If I finish a couple of seconds early I can always just flick him the Vs until my time runs out.”

The garden of Number 10 will now be fitted with a PM podium in front of a moving walkway, which will be set at variable speeds depending on people’s appointment length to ensure the maximum number of donors get to have their allotted time hurling insults through the plexiglass screen.

One Tory aide said: “It’s going to be like an extremely abusive but extremely lucrative version of the conveyor belt on The Generation Game.

“Imagine if the cuddly toy kept calling Brucie a mealy-mouthed sack of twat and you get the idea.”

To ensure transparency in paying for access to Tory politicians, the party have produced a price guide, with £50,000 guaranteeing a donor the opportunity to give Michael Gove a dead leg.

Microbes at bottom of Mariana Trench thought Avatar was shit 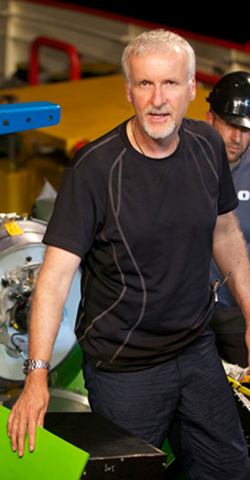 THE microbes who live at the bottom of the Mariana Trench have finally been able to tell James Cameron that Avatar was appalling.

The tiny organisms, also caught up in the mass psychosis that made the sci-fi, blue cat, eco-parable the biggest film ever, spent 45 minutes haranguing the director in his metal tube.

Cameron said: “I was really looking forward to this, but it was actually very unpleasant.

“When I reached the bottom of Challenger Deep I turned on my sensors and the first thing I heard was this voice asking ‘are you James Cameron?’.

“I said ‘yes, I am’ and the voice explained who it was and then launched into this incredibly hurtful diatribe about Avatar. Then all the others joined in.

“It was like the microbes had staged an intervention for someone who’s very bad at making films.”

Cameron said the microscopic life-forms had obviously been rehearsing ‘their little speeches’ and made frequent use of the words ‘condescending’, ‘tedious’ and ‘horseshit’.

He added: “I feel shell-shocked really. I had no idea people, or microbes, felt this way. But they did say they liked True Lies, which surprised me because I thought they would like The Abyss.

“But they absolutely did not.”

The microbes also warned Cameron that if he even thinks about making a film called ‘Mariana” or ‘The Trench’ they would evolve legs and feet and then kick him in the testicles.