Cameron, Miliband and Clegg urged to rule out all forms of government

BRITAIN’S three main political parties have been urged to rule out any kind of government whatsoever after the next election.

Voters want the three party leaders to pledge that even if one of them has a huge majority they will do absolutely nothing with it.

Charlie Reeves, a taxpayer from Hatfield, said: “Belgium managed without a government for ages. As did Somalia. Now they both have governments, but I’d imagine your average Belgian or Somalian hasn’t really noticed the difference.

Reeves added: “What about a coalition to stop dicking about with everything all the time?” 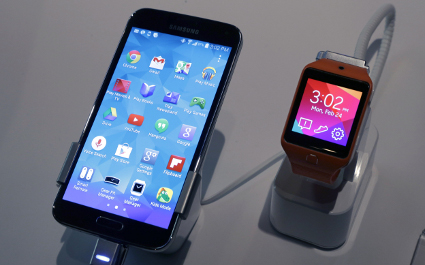 THE new Samsung smartphone kicks off if you stare at it.

Designed to deter excessive phone-gazing, the S5 asks anyone looking at it whether they have ‘some sort of a problem’.

Tech blogger Tom Booker said: “This phone is a powder keg of hate. If you admire it for more than a few seconds it accuses you of being ‘a perv or something’ in a gravelly, hostile male voice.

“I am terrified of it, which is great because it’s given me my life back. I am looking at other humans again, albeit not for too long in case they also want to hit me.”

A Samsung spokesman said: “The accompanying Gear 2 watched functions as the S5’s smaller, antagonistic friend – the kind that starts trouble then hides behind its larger mate.”

The S5 said: “I’ll fucking have anyone.”