PRIME minister David Cameron will today set out his vision of a ‘wide society’ where everyone has plenty of room to move from side to side.

In a keynote speech in Liverpool Mr Cameron will say that ‘Britain needs to rediscover its ability to widen anything it puts its mind to’ before unveiling a graph showing why wide things are better than narrow things.

The prime minister is pressing ahead with his big wide society idea as it emerged that many Conservative backbenchers are still not 100% clear on what it actually is.

“It’s about squat, stocky government that makes up for its lack of height by having a low centre of gravity that makes it virtually impossible to knock over.

But Tom Logan, MP for Hatfield Central, insisted: “It’s about everyone having the chance to achieve their full width whether it be at the neck, the wrists or the knees.

“By encouraging schools to volunteer their choices we can create a generation of self-starting, wide-kneed children. Yes, that sounds fine. I’m sticking with that.”

Meanwhile Julian Cook, MP for Stevenage South, South-West, said: “Is this the thing about caravans? It is, isn’t it?

“Narrowness is so appalling. Britain has had enough of big narrowness. It’s all about integrating today’s wideness so that the future people of tomorrow can choose what width they want things to be.” 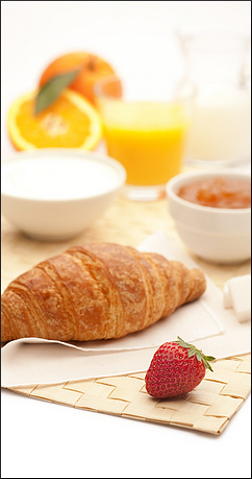 The demise of holiday firm Goldtrail left 16,000 UK tourists stuck in Greece and Turkey with the vast majority already having had quite enough of foreign food by that point, if it’s alright with you.

Charities said the pretend breakfasts provided by the hotels consisted of little more than cereal and yoghurt served buffet-style with some funny looking bread, a slice of cheese and a selection of weirdly-flavoured jams.

Trapped tourist, Bill McKay, said: “Having already eaten the saltiest parts of my own right arm, I had been considering the nuclear option of foreign bacon.

“They call it bacon but it’s not really. I mean you can call a tiger a horse but that doesn’t mean you could safely jump on its back and ride it over a hedge.”

A spokesman for UK relief charity, InstaAid, said: “The operation has been a success despite one serious injury involving a Hercules transporter, a goatherd and a wayward black pudding.”

Stranded mother-of-two, Donna Sheridan, said: “These breakfasts have been a godsend. I was glad to see the sausages weren’t the really cheap ones that are slightly grey and have a sort of foreskin.

“I think next year we’ll probably just ruin other people’s holidays in the UK.”