NICK Clegg has apologised for having a moral viewpoint on something.

The offending word was rapidly replaced with ‘labradors’, shifting the focus of the speech onto pets that may be puzzled by homosexuality.

Clegg said: I apologise for any offence I may have inadvertently caused by almost speaking my mind about people whose opinions are offensive, and who take offence at everything that has happened since about 1925.

I realise now I should have referred to them as persons of differing compassion and humanity and will do my best to curry favour with them in the future.

Lord Carey, the former Archbigot of Canterbury, attacked the statement Clegg didnt make, and suggested that if  the ‘deputy’ prime minister continued to have a view on gay marriage he would move house to Cleggs Sheffield Hallam constituency so he could not vote for him at the next election.

Carey said: I and many others of my faith greatly object to being called bigots, although admittedly not enough to assess our opinions on other peoples private lives to see if theyre actually complete balls or not.

Clegg has been ordered to send all future speeches to Number 10 to ensure they have all traces of opinion removed and has been restricted to ‘nodding only’ for the next fortnight.

The former politician said: I realise now that integrity can be very hurtful to people. The important thing is to change your opinion before they shout at you.”

We kind of assumed you wanted to kill us, army tells Taleban 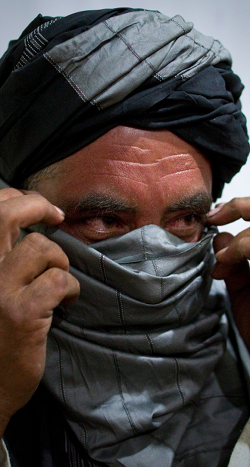 BRITISH troops have assured the Taleban that the intention to kill them has been perfectly clear for a while.

A Taleban statement saying they would like to kill Prince Harry was met with an explanatory Venn diagram showing the intersecting circles Prince Harry, is in the army and Taleban wants them dead.

Field Marshal Denys Finch Hatton said: Im slightly disappointed to hear that they have possibly been avoiding hurting Harry up until this point, as that seems rather unfair on the rest of the chaps if nothing else.

If theyre going to start issuing separate threats to every one of our troops then theyre not going to have time to take potshots at us from ditches because frankly there are sodding thousands of us.”

The British armed forces have asked the Taleban if there is anybody from Western society that they dont want to kill, as this could be a far quicker way of expressing their intentions and it would also help decide who to put at the front of convoys.

Taleban chiefs are known to enjoy the BBC cookery series Masterchef, and there is early speculation that Greg Wallace could be used as a human shield.

Hatton said: The Taleban always shout after theyve shot at us, which I took to be a form of war cry, but Im beginning to think theyre letting us know who they were aiming at.

Harry himself has not issued a response to the statement, but is thought to be taking security advice during a game of strip Monopoly somewhere in Camp Bastion.